Nearly Half Of US Jobs Could Be Replaced By Machines

A recent study found that 47 percent of U.S. workers face a risk of automation. 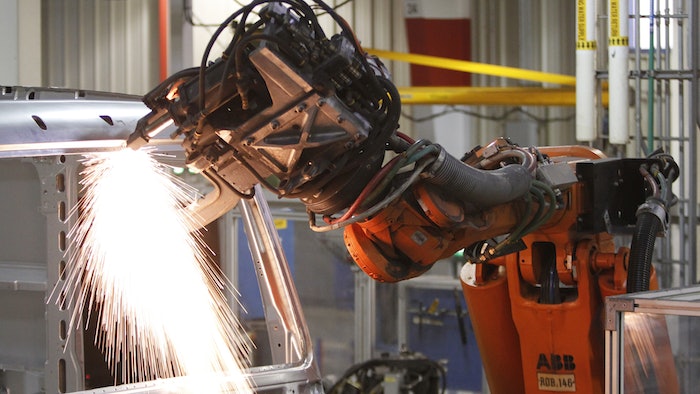 A recent study by the Oxford Martin School and Citi, with OECD data from the World Bank, found that an average of 57 percent of workers around the world are at risk of being replaced by automation.

The study’s authors do recognize, however, that not all of these jobs will be automated. They explain that “a job is considered to be ‘exposed to automation’ or ‘automatable’ if the tasks it entails allows the work to be performed by a computer, even if a job is not actually automated.”

The jobs in question are mainly low-skilled positions, including jobs in transportation and logistics, office support and manufacturing.

Forty-seven percent of U.S. workers face a risk of automation. Not all cities share equal risk, however. Fresno, California, takes the top spot, with 53.8 percent exposed to automation, followed closely by Las Vegas and Greensboro, Alabama. For cities with the lowest risk, Boston and Washington D.C. tie with 38.4 percent.

“Notably, the cities with the highest share of their workforce exposed to automation (with the exception of Grand Rapids [at 47.9 percent]), do not include any Rust Belt manufacturing cities, such as Buffalo, Cleveland and Detroit,” the study authors write.

Although 47 percent seems fairly high, in a global context, it isn’t so bad. Ethiopia, for example, carries an 85 percent risk of job automation — the highest in the study. On the ether end of the spectrum, U.K. workers face only a 35 percent risk.

The best defense, the study says, against increasing automation is to upskill workers and create new industries.

There is a silver lining to this anticipated automation, however. The study also included a survey of Citigroup’s institutional clients that found 70 percent believe the falling costs of automation and other technologies will encourage reshoring.