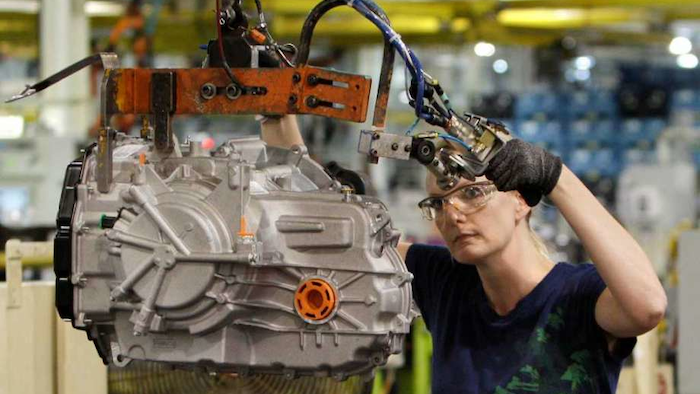 NEW YORK — As growth in the U.S. economy continues and manufacturers create more and more jobs in a thriving sector, the industry’s pre-existing workforce crisis could get even worse according to a new 2018 skills gap study, released today by Deloitte and The Manufacturing Institute — the social impact arm of the National Association of Manufacturers (NAM). The widening manufacturing skills gap is expected to grow from about 488,000 jobs left open today to as many as 2.4 million manufacturing jobs going unfilled between this year and 2028 (compared with 2 million jobs between 2015 and 2025 per our earlier study). In turn, $454 billion in manufacturing GDP could be at risk in 2028, or more than $2.5 trillion over the next decade.

“Manufacturers in the United States are experiencing some of the highest levels of growth we’ve seen in decades, yet the industry seems unable to keep up with the resulting rebound in job growth,” said Paul Wellener, vice chairman, Deloitte LLP, and U.S. industrial products and construction leader. “With nearly 2 million vacant new jobs expected by 2028, compounded by 2.69 million vacancies from retiring workers, the number of open positions could be greater than ever and might pose not only a major challenge for manufacturers but may threaten the vitality of the industry and our economy.”

“While the manufacturing industry today is thriving and optimistic, the sector’s workforce crisis seems to be casting a dark cloud over the future. About 73 percent of manufacturers cite this crisis as their top concern according to the NAM’s latest ‘Manufacturers’ Outlook Survey,’ and The Manufacturing Institute’s new study with Deloitte only underlines the urgency of taking on and solving this challenge,” said Carolyn Lee, executive director of The Manufacturing Institute. “There are a variety of factors driving this crisis, from having the wrong perceptions about what modern manufacturing jobs look like to not having the necessary skills to get them, which is why The Manufacturing Institute is working hard to solve it in a multifaceted way. We’re driving a range of initiatives, designed to engage and inspire more young people, more women, more veterans and more Americans of all backgrounds to build great careers in the industry that built our country.”

Five out of 10 open positions for skilled workers in the U.S. manufacturing industry remain unoccupied today due to the skills gap crisis. These “skilled positions” require specific training or skillsets and often take months to fill. These include positions for skilled production workers, supply chain talent, digital talent, engineers, researchers, scientists, software engineers and operational managers. The study points to the top reasons these positions tend to go unfilled, with the negative perception of the manufacturing industry topping the list (45 percent), followed by the notable shift in desired skillsets due to the introduction of advanced technologies (36 percent) and retirement of baby boomers (36 percent).

Over the next three years, the inability to fill open positions is expected to have the greatest impact on manufacturing companies that are maintaining or increasing production levels to satisfy growing customer demand (51 percent). This will likely also pose a challenge for nearly half of manufacturers responding to new market opportunities and those increasing growth as measured by revenue (47 percent each).

“To address the skills shortage, companies are trying new ways to fill the gap and appeal to candidates,” said Chad Moutray, director, Center for Manufacturing Research and chief economist, National Association of Manufacturers. “Some manufacturers are shifting their own policies to be more adaptive and flexible, such as allowing nonproduction work to be done from remote locations, while others are implementing new technology like automation to supplement the existing workforce.”

To mitigate the impact of the skills shortage and begin to shrink the gap, most companies surveyed are focusing efforts on several specific areas, including adopting broader HR management practices to hire and retain talent (37 percent) and building knowledge transfer programs to pass on skills between retiring and new workers (32 percent), notes the study. Others have turned to outsourcing certain functions (24 percent).

Additional approaches surveyed manufacturers are taking to solve the employment challenge include: