Frontline leaders supervise up to 80 percent of the total workforce. Fortunately, one well-placed leader can enact widespread growth. 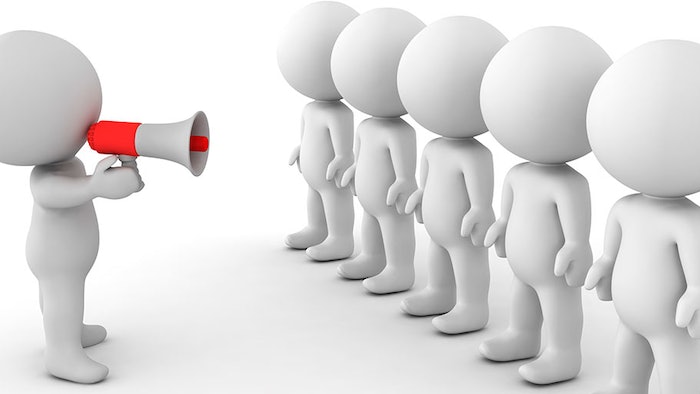 Manufacturing lives and dies by the numbers. Measurable data that tells you whether you have met production goals or are running at full capacity is an essential part of improving operations and safety at any well-run company. But leadership skills are what companies really need to grow and innovate.

Yet many frontline leaders (FLLs) don’t possess critical leadership skills — a discrepancy that can have dire consequences. At the heart of this problem are expectations set by senior leadership that are far too low. Consequently, traditional job descriptions often fail to communicate the skills that FLLs actually need to succeed.

For example, a low-expectation job description might state, “Do whatever it takes to make sure the job gets done,” whereas high-performance expectations require potential FLLs to “Inspire and develop a highly competent team that continuously produces the highest-quality products in the most cost-effective way.”

Low expectations result in the wrong people being promoted. Almost universally, companies promote their most loyal, reliable, and technically skilled operators to frontline supervisor positions. While these are highly valued attributes, notice how this list says nothing about leadership capabilities. Misleading expectations lead to front lines stacked with people who lack the aptitude to do the job — people promoted without the clarity of expectation at the highest levels of leadership.

Frontline leaders supervise up to 80 percent of the total workforce. Fortunately, one well-placed leader can enact widespread growth.

Several years ago, I worked extensively with executives to improve productivity at a plant that had a contract to produce for a major brand. Because management incorrectly assumed more FLLs would positively impact productivity metrics, there were more than 40 FLLs.

Six months later, only five FLLs remained in the job. Thanks to higher expectations and a corresponding higher caliber of FLLs, many positions weren’t refilled because the plant was able to produce more with fewer higher-quality leaders.

So how do you go from 40 mediocre FLLs to five high-performing ones? By raising expectations and finding the right people, and here are three ways to do that.

To your FLL positions with high performers, identify and avoid dangerous profile types. Watch out for overly passive people who are too concerned with being liked to act with authority or are painfully uncomfortable with confrontation. On the other end of the spectrum are those who try to lead through fear and intimidation.

One profile type I’ve encountered in many plants is “Mr. (or Ms.) Fix-It,” whose sole focus is on equipment, not people. He is usually promoted because he can fix anything, but he doesn’t possess people skills or a desire to learn them.

Another common FLL type is someone who manages via reports and technology. Once promoted, this indispensable technician swaps one tool belt for another: Excel and other applications. Becoming a supervisor gives her an opportunity to sit in an office producing graphs and reports from the material requirements planning system. But, by hiding there all day, she misses the opportunity to lead and inspire innovation on the line.

This prevents leaders from developing trust with team members, optimizing performance, addressing problematic behaviors, and challenging the status quo. To establish high-performing FLLs, fully disclose the challenges of the job. Set the bar high to begin with to weed out ill-suited candidates and attract the high performers you need.

Prioritize the aptitude and desire to lead over technical skill. This is a common stumbling block. Focusing entirely on job-related skills won’t uncover leadership traits. When it comes to predicting future behavior, traditional interviewing is only 10 percent accurate. Behavioral-based interviewing, conversely, is 55 percent more likely to be accurate.

In high-performance environments, technical skills are evaluated in the screening process, and then the hiring team focuses on an individual’s inherent attributes. Behavioral-based interviews and work simulations help candidates demonstrate their abilities.

Good behavior-based questions dig deep. Evaluate assertiveness by having candidates describe a scenario where management challenged one of their decisions. Ask what kinds of situations have caused personal difficulty to learn more about how candidates might communicate (or avoid communicating) with teams.

Finally, to understand whether candidates have the capacity to successfully enact change, discuss important goals they’ve set in the past, whether or not they successfully achieved them, and why they weren’t able to reach certain objectives.

No. 3 - Redeploy, if Necessary

According to Gallup, companies fail to choose the right management candidate as often as 82 percent of the time. This means it’s extremely common to see talented people in roles where they’ll never be able to succeed. Meanwhile, their valuable skills go to waste.

What’s worse, when someone fails in a leadership role, supervisors often believe that he or she must be let go. Talented people who can be assets to your company shouldn’t be fired for failing to excel in a position they never should have been in to begin with. This situation is the hiring team’s fault, not the individual’s.

Instead of losing good technically skilled workers, don’t be afraid to redeploy them to roles for which they are better suited — even if that means putting them right back where they were. Given the option, many poorly placed FLLs will choose to return to their former positions on their own. People want jobs they can succeed in.

If and when FLLs have to be unwillingly redeployed, be humane and respectful, recognizing and relaying that expectations have shifted. Great technical team members who don’t possess leadership skills should still be rewarded with meaningful career paths.

Low expectations can exist at every level, but for FLLs in particular, they create a flawed foundation that hurts performance outcomes across the board. When you raise expectations and promote capable and willing frontline leaders, you’ll not only improve performance on the front line today, but also build tremendous bench strength for future leadership roles for the mid- and senior-level employees of tomorrow.

Sue Bingham is founder and principal of HPWP Consulting.