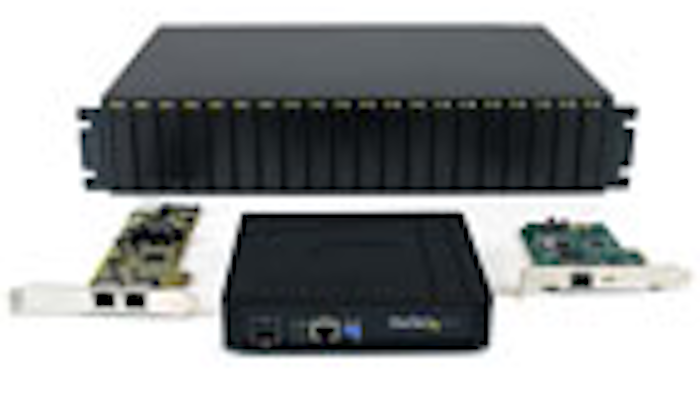 The line-up of new Gigabit Ethernet products include:

ET1110PSE – An open-SFP Gigabit Ethernet Fiber Media Converter which creates an Ethernet-Fiber link while acting as a Power Sourcing Equipment (PSE) device. Features include open-SFP slot design that allows users to install the SFP of choice.

PEX1000SFP – A PCI-Express-based Gigabit Fiber Network Card, which lets users connect a PC to a fiber network, using the Gigabit SFP of choice.