South Africa has unveiled a powerful radio telescope, part of an international project that scientists say will provide new details on the Milky Way and other galaxies. 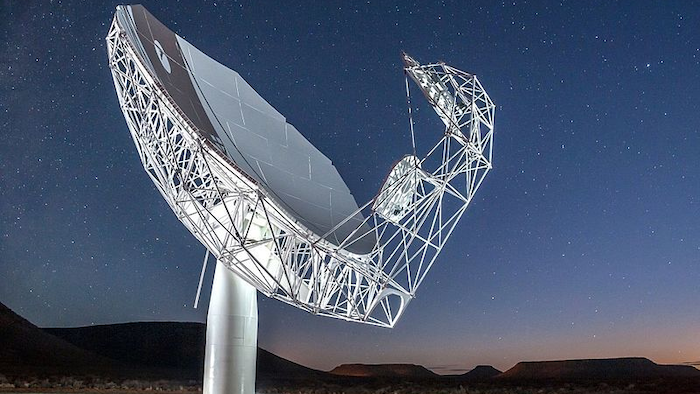 JOHANNESBURG (AP) — South Africa has unveiled a powerful radio telescope, part of an international project that scientists say will provide new details on the Milky Way and other galaxies.

They also are releasing an image described as the "clearest view yet" of the center of our galaxy.

Officials are gathering for the inauguration of the 64-antenna MeerKAT, which was completed after a decade of design and construction.

The global consortium building the Square Kilometre Array, or SKA, has support from countries including Canada, China, India, Italy, Britain, Spain, Sweden, the Netherlands, and New Zealand. It includes a radio telescope site in Australia as well as in South Africa.