Masayoshi Son, chief executive of SoftBank Group Corp., says artificial intelligence combined with data gathered by billions of sensors will bring on an "information revolution," that will benefit people more than the 19th Century Industrial Revolution. 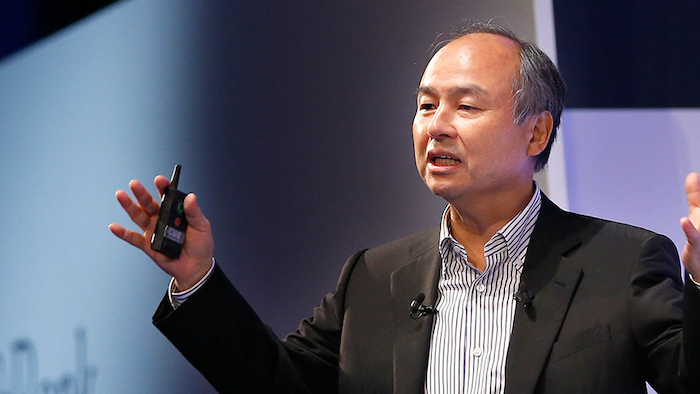 Son set up a private fund last year for global investments in the technology sector, called Vision Fund, with the potential to grow to as much as $100 billion. He has won praise from President Donald Trump for promising to invest $50 billion in U.S. startups to create 50,000 jobs.

This week Softbank announced it will invest in Encored, a U.S. company specializing in IoT technology in the energy sector.

During a nearly three hour presentation, Son, introduced some of the ventures he is partnering, including OneWeb, whose founder and chairman Greg Wyler wants to offer affordable internet access for everyone using satellites instead of underground cables.

"Marc, we are going to change the world together," Son said on stage.

SoftBank already offers one of the most sophisticated companion robots on the market, the chatty, childlike Pepper. Son seemed a bit protective of his flagship robot, saying those who have criticized it as "not too smart" haven't seen what he has planned.

Another of Son's partner ventures, Guardant Health, offers blood biopsies, which are safer and quicker than tissue biopsies, to detect cancers in their early stages.

Data gathered from such omnipresent sensors will be far greater than what can be gotten from mobile phones or computers, Son said, opening up all kinds of possibilities for delivering better human life.