Under The Covers: Sleep Technology Explodes

Pillows that track your snoozing patterns? A bed that adjusts based on how much you twist and turn? Companies are adding more technology into their products, hoping to lure customers craving a better night's sleep. 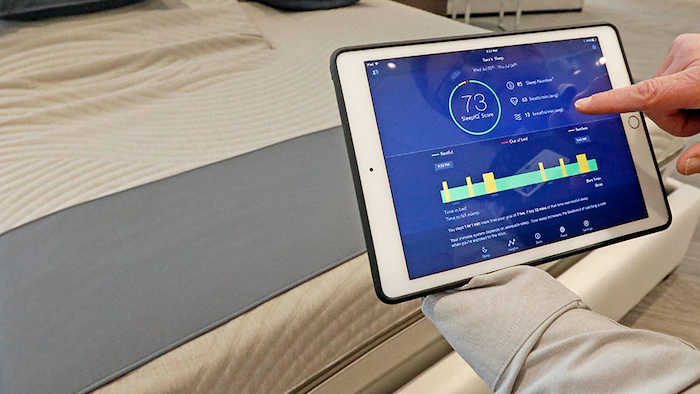 NEW YORK (AP) — Pillows that track your snoozing patterns? A bed that adjusts based on how much you twist and turn? Companies are adding more technology into their products, hoping to lure customers craving a better night's sleep.

Some specialized businesses are making gadgets that promise to measure and improve the quality of slumber, while mass-market retailers like Best Buy are offering simpler ideas like the effect different lighting can have on falling sleep. But with ever-growing options, people may find items that are getting more sophisticated — but may still not be accurate.

The interest in sleep has intensified. The number of sleep centers accredited by the American Academy of Sleep Medicine nearly tripled from 2000 to 2015, the group says. People are more likely to brag about how much they spent for a mattress than on their clothes, says Marian Salzman, CEO of Havas PR North America.

"Sleep is the new status symbol," she says. 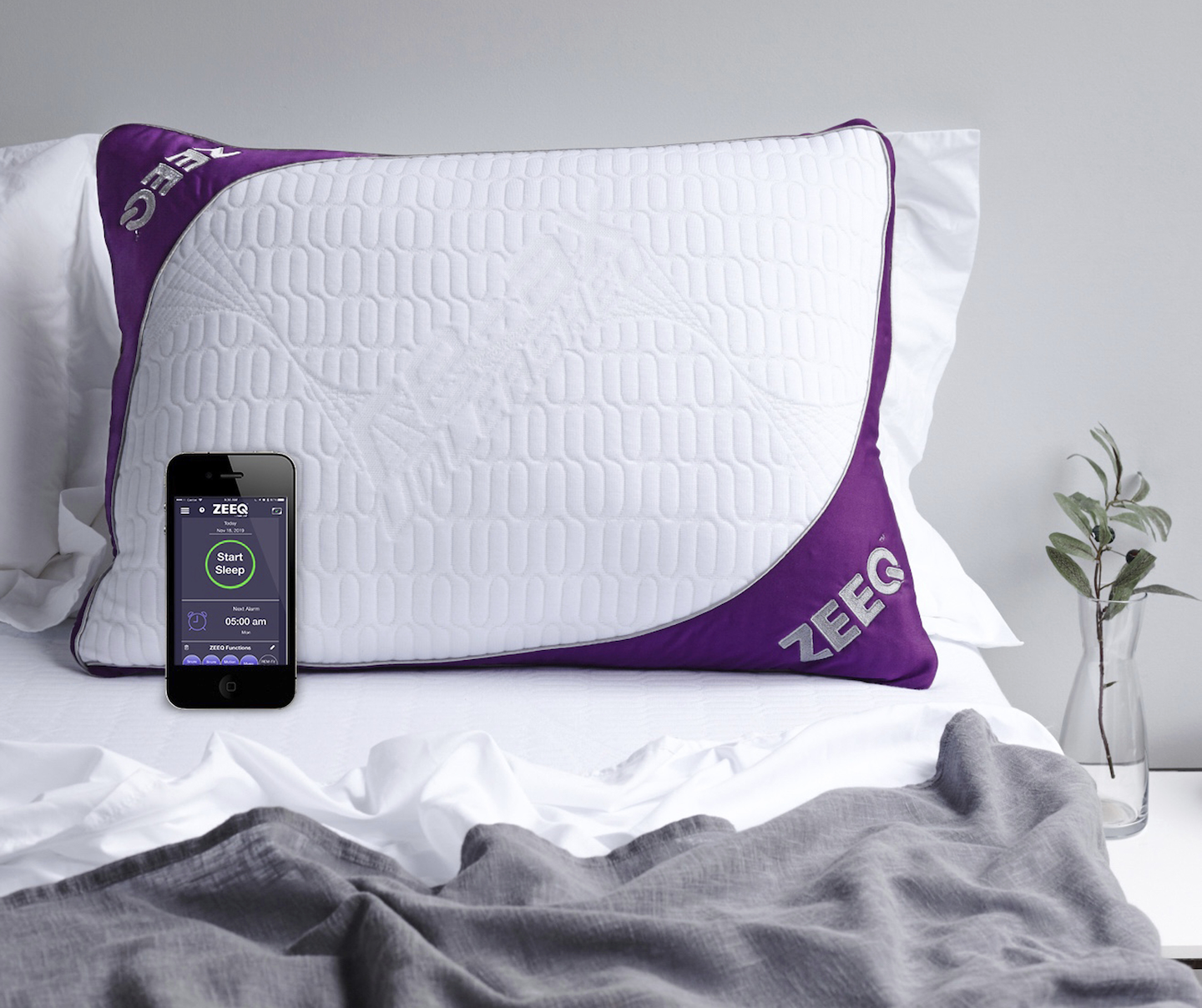 This photo provided by REM-Fit shows the Zeeq pillow, which monitors snoring and can gently vibrate to nudge someone into a different sleep position. The pillow can also play your favorite music, audio books and more without disturbing anyone next to you. A number of companies are adding more technology into their products, hoping to lure customers craving a better night’s sleep. (Jo Henderson/REM-Fit via AP)

It's a big business. One of the more expensive products is Sleep Number's 360 Smart Bed, which runs from $3,449 to $4,999. It makes adjustments based on how restless people are while they're sleeping. The Zeeq pillow, which sells for $299 and is from bedding brand REM-Fit, monitors snoring and can gently vibrate to nudge someone into a different sleep position.

"I'm willing to spend more on sleep technology because it will hopefully help me fall asleep quicker, stay asleep longer and be more rested when I wake up," says Frank Ribitch, a self-described gadget junkie from Martinez, California, who tracks his sleep with apps connected to a Sleep Number bed and the Zeeq pillow.

Insufficient sleep is a public health concern, federal officials say, with more than one-third of American adults not getting enough on a regular basis. That can contribute to problems like obesity and diabetes. And a study published by the Rand Corp. put the financial loss to U.S. companies at up to $411 billion a year.

Finding solutions could be a lucrative enterprise. Earlier this year Apple Inc. bought Finland-based Beddit, which was making an app and sleep monitoring device that's placed under the sheet on top of the mattress. The $150 sensor begins tracking when a person lies down, and analyzes data such as the portion of time someone is in bed asleep before waking up. It also monitors heart rate, temperature, movement — and even snoring.

"Previously, it was about the sleeping pill and people didn't want to talk about sleep apnea," Lasse Leppäkorpi, co-founder and now former CEO of Beddit, said before Apple bought the company. "Snoring is embarrassing. But this has been untapped opportunity."

Apple, whose own Apple Watch tracks activity and offers sleep-tracking experiences through third-party apps, declined to talk about the future of Beddit. Leppakorpi noted before the acquisition that Beddit had been working with sleep labs like the MIT Lab, which used the devices to collect data on patients.

At the Stanford Sleep Medicine Center, neurologist and medical director Clete A. Kushida tests new therapies and medications. Over the past two years, the analysis has expanded to wearable devices. The scientists assess how well the devices match the center's own overnight sleep studies, which use measures such as heart rate and brain wave activity to determine the length and the stages of sleep.

Kushida's conclusion? "Consumer wearable devices are not there in accurately detecting the stages of sleep," he said. The problem: They focus on motion, which can be deceptive since a person could be lying in bed awake.

In fact, San Francisco-based startup Hello, the maker of a product aimed at tracking sleep via a clip attached to a person's bedsheet, recently announced it was shutting down amid reports the device didn't correctly track sleep patterns.

Still, Kushida believes the consumer products are getting better and will be able to accurately monitor and solve sleep issues in the next five to 10 years.

Separate from gadgets, some stores are highlighting sounds and smells they say can help people sleep better. Longtime insomniac favorite HSN Inc. offers a $299 Nightingale Sleep System that masks indoor and outdoor noises. Best Buy has a Philips Lighting's system that works with devices like Nest and Amazon Alexa to let people choose the colors and brightness of lights and program them to turn off at certain times or respond to the sun.

And a company called Sensorwake is launching a product in the U.S. that releases smells like fresh linen it says can help you sleep better.

If nothing worked and you've had a fitful night, you can at least be woken up more gently. The same company makes a $99 olfactory alarm clock, with scent options that include a strong espresso. But if you let it go for three minutes without shutting it off or hitting snooze, it'll start making noise — good if you have a stuffy nose.