To Achieve Digital Transformation, Companies Are Investing In Big Data, ERP And IoT

According to Digital Change Survey, manufacturing and construction industries are moving toward digital maturity while the oil and gas industry lags 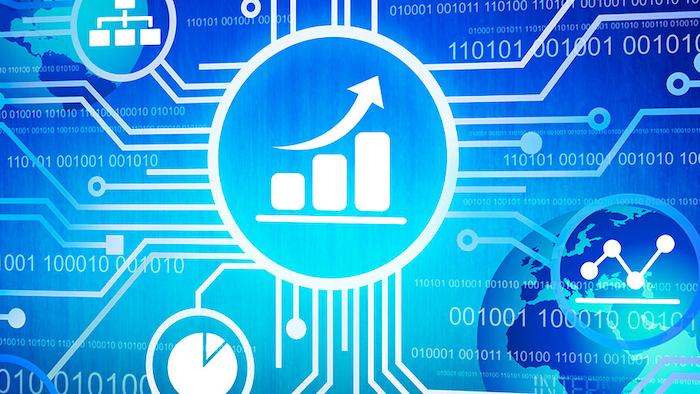 IFS, the global enterprise applications company, has announced the findings of its Digital Change Survey that polled 750 decision makers in 16 countries, including more than 120 in North America, to assess the maturity of digital transformation in sectors such as manufacturing, oil and gas, aviation, construction and contracting, and service.

North American Companies are Adapting Quickly to a Digital Transformation
According to the IFS Digital Change Survey, organizations in North America are pursuing a digital transformation by upskilling existing talent (61 percent); investing in digital resources, technologies and assets (46 percent); and through external recruitment of digital talent (nearly 39 percent).

“Companies all over the world now understand the urgency of digital transformation,” said Antony Bourne, VP of Global Industry Solutions, IFS. “In fact, more than three quarters of North American respondents, alone, either ‘agree’ or ‘strongly agree’ that their company has the culture and structure in place to adapt quickly and effectively to digital transformation. They are relying on innovative technologies along with relevant industry expertise to guide them in the right direction.”

Internal Process Efficiency is Driving North American Investment in Big Data, ERP and IoT
Identifying “internal process efficiency” as the number one driving force behind digital transformation, North American companies in all industries are looking to invest in the following areas:

Furthermore, 45 percent of North American respondents say the move to servitization has given their company a competitive advantage and enabled them to increase market share and grow existing accounts, compared to only 27 percent of respondents globally. 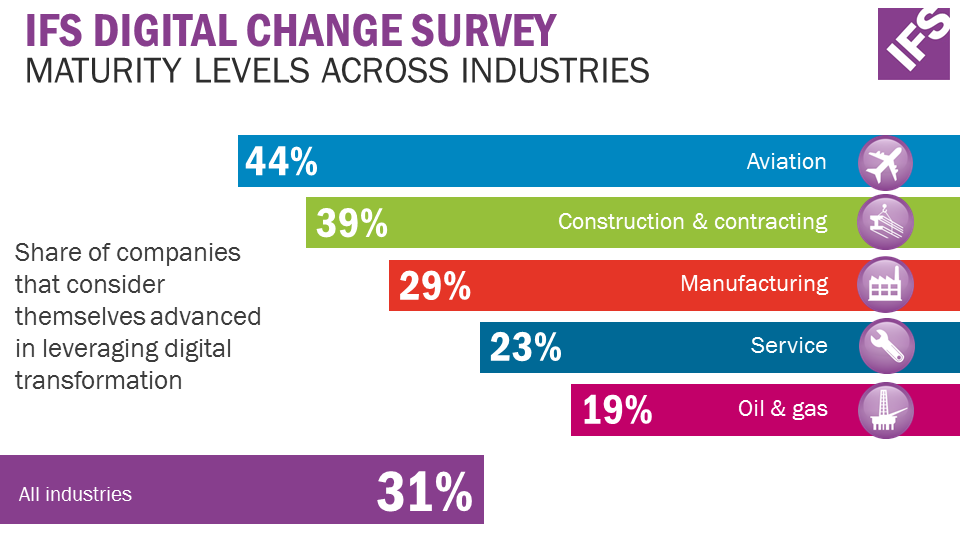 Service Providers in North America Anticipate Challenges in Modernizing, but They Have a Plan
Service providers in North America are fighting an uphill battle to modernize — with companies in the United States and Canada finding customer demand for self-service and collaboration tools (67 percent) and remote diagnostics/remote service providers (63 percent) a challenge.

According to 74 percent of North American survey respondents, recruiting, training and retaining skilled technicians has been a key inhibitor to growing service revenue, as have inadequate or disconnected systems and processes (63 percent). In fact, 81 percent of North American survey respondents are “concerned” about the sustainability of their current cost model.

BIM and Workforce Automation Will be Key Investments for Construction and Contracting Companies in North America in 2017
North American construction and contracting companies are prioritizing investment in building information modelling (46 percent) and workforce automation (38 percent) in 2017. Only 23 percent think their company has responded successfully to customer demand — compared to 20 percent of respondents globally.

What’s inhibiting projects in this sector? According to nearly 77 percent of North American respondents who agree or strongly agree, “reconciliation of internal and external ERP systems in joint ventures.”

North American Oil and Gas Companies are Slow to Adopt Big Data and IoT
Oil and gas companies in North America don’t have as much faith in the potential of big data and the IoT as other industries — with nearly 14 percent of respondents from the United States and Canada ranking these technologies as below average, compared to only four percent of global companies with this rank.

The majority (more than 76 percent) of North American respondents “strongly agree” or “agree” that their company has appetite to implement smart technology but lacks the skills and resources — significantly more than the 56 percent of respondents who said the same globally.

About the IFS Digital Change Survey
This survey was commissioned by IFS to assess maturity of digital transformation across industries on a global scale. It was conducted as in-depth interviews by the research company Raconteur, who took in the views of 750 decision makers in 16 countries in the oil and gas, aviation, construction and contracting, manufacturing, and service industries. Countries surveyed were USA, Canada, the UK, Sweden, Germany, France, China, Japan, Australia, Norway, Denmark, the Netherlands, Spain, Poland, the Middle East, and India.