Rolling Robots Could Soon Be Making Deliveries In Virginia

Robots about the size of a beer cooler could soon be rolling down Virginia sidewalks to deliver sandwiches, groceries or packages. 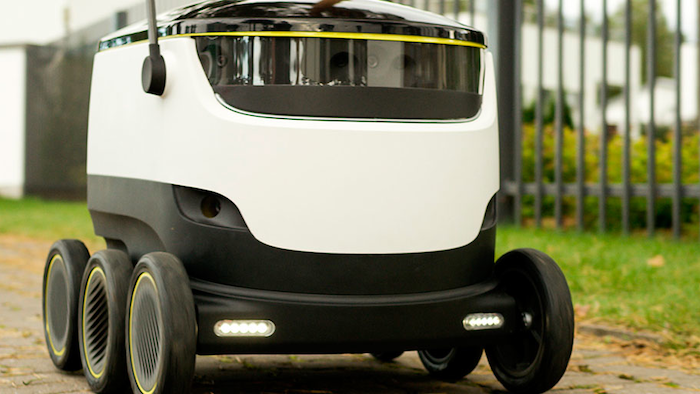 RICHMOND, Va. (AP) — Robots about the size of a beer cooler could soon be rolling down Virginia sidewalks to deliver sandwiches, groceries or packages.

Supporters say proposed legislation to allow the robots would make the state the first in the nation to regulate such devices.

State lawmakers partnered with European company Starship Technologies on bills allowing Virginia cities to join two others in the U.S. and many across Europe where the company is testing its largely autonomous earthbound robots. Much like other tech companies' attempts at airborne drone deliveries, Starship aims to revolutionize the way people get their parcels.

Representatives from the company visited Richmond on Wednesday for a demonstration. With six wheels, a top that swings open and a flag for visibility, Starship's compact "personal delivery devices" are designed to carry goods within a 2- to 3-mile radius. They can hold up to 22 pounds, or about three shopping bags' worth of goods. Recipients can unlock them with a smartphone app.

"When I first saw it, I thought, 'Oh, a cooler on wheels,'" said Del. Ron Villanueva, who's sponsoring the House bill. 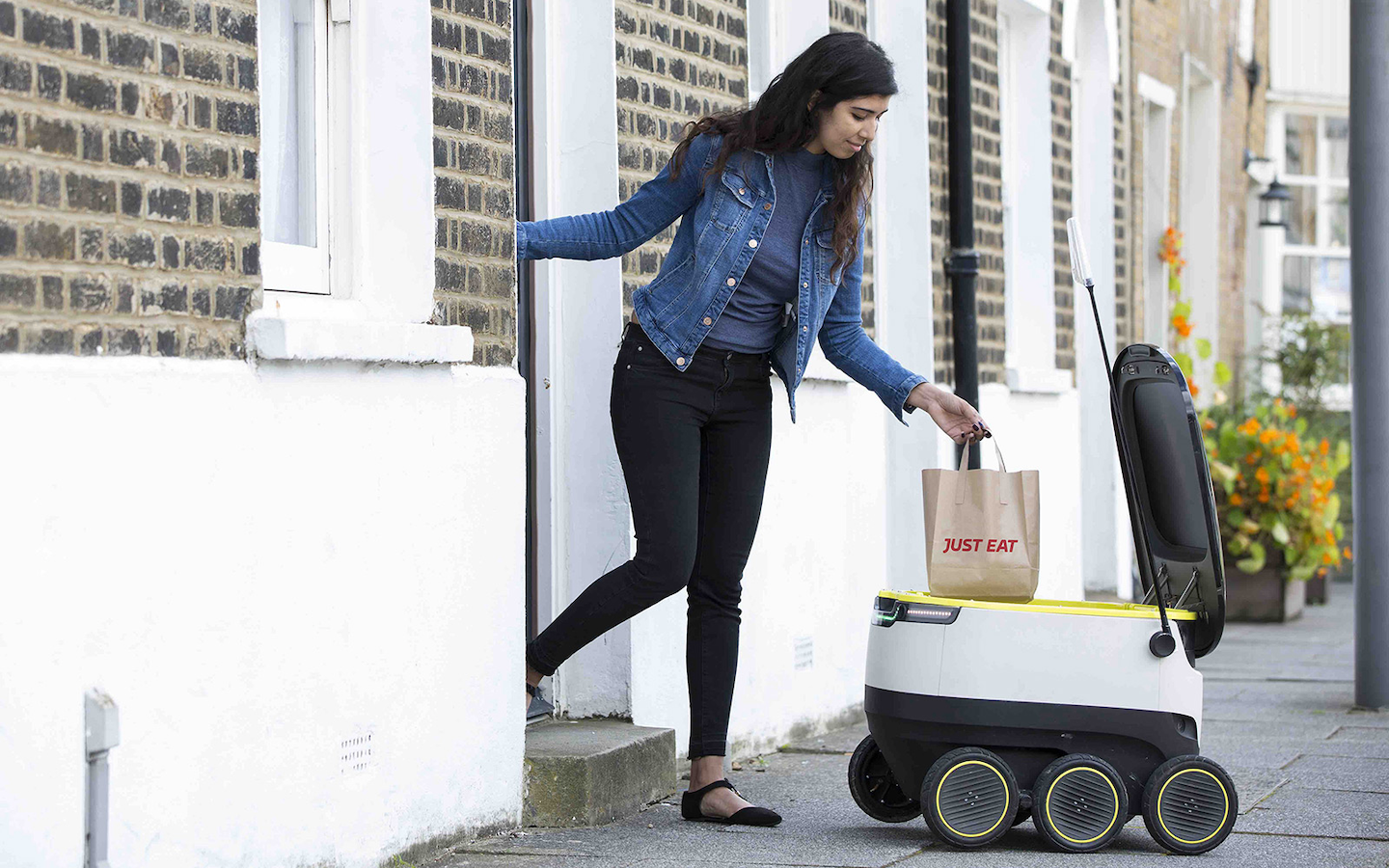 But the Republican became more interested after hearing about the robot's uses. He says it could benefit consumers, who are relying more and more on e-commerce, as well as logistics management companies. Starship, led by Skype co-founders, also promotes the devices as a more environmentally friendly way to deal with local deliveries.

"Big vans — stopping and starting, polluting. It's so inefficient, and our little robots are best optimized for those sort of deliveries," said Starship spokesman Henry Harris-Burland.

The company says the robots could also get groceries to homebound people at a fraction of the cost of current delivery services and help expand access to healthy groceries.

Although pilot programs are underway in Washington, D.C., and Redwood City, California, Villanueva and company representatives say Virginia would be first with a state law governing such robots. David Catania, a lobbyist representing the company, said the current law has gray areas about whether the robots would be classified as a motor vehicle, and Starship "wanted to make sure there's no doubt about its legality. "

If the legislation passes, Starship would start a pilot program in Virginia, Harris-Burland said. He declined to say which city or cities the company has in mind.

The bills, one of which was approved by a Senate committee Wednesday, would allow the robots to operate on any sidewalk or shared-use path unless a local government prohibits them. They couldn't carry hazardous materials and would face speed limits.

The company hopes theft-prevention measures can help its devices avoid a fate like that of HitchBOT, a hitchhiking robot that captured worldwide attention two years ago but met an untimely demise in Philadelphia when vandals damaged it beyond repair.

Starship's devices are equipped with cameras and two-way audio so operators can talk to nearby people, and they would have their lids locked during deliveries, Harris-Burland said. If someone picked one up, a car-alarm type noise would start blaring.

"Americans are just like, 'Oh, it's a new technology,' and don't give it a second thought anymore," she said.

The growing use of drones has sparked privacy concerns, and the robots, with their nine cameras, could raise similar complaints.

Claire Guthrie Gastanaga, executive director of the Virginia American Civil Liberties Union, said her group's principal concern with such technologies is with government surveillance. The group hasn't been keeping track of the rolling robot legislation, she said.

Paul Mackie, a spokesman for Mobility Lab, a publicly funded nonprofit based in Arlington that researches transportation issues, called the bill "a total slam dunk" for Virginia and said he'd be shocked if it didn't pass.

He called it an inexpensive way for policymakers to address the fact that some cities have no more room for new roads and existing ones are being clogged by delivery vehicles.

"I think these little R2-D2 talking mini-fridges could do a lot for saving space and making things safer on the streets and sidewalks," he said.