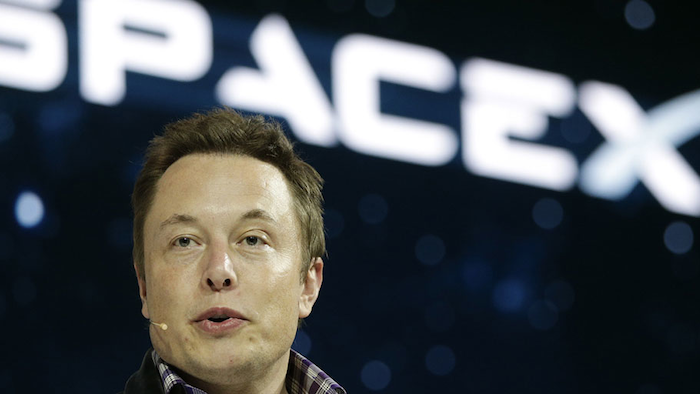 The $10 billion project would eventually provide internet service anywhere on Earth via a receiver roughly the size of a pizza box.

SpaceX’s is one of several private efforts to invest in satellite internet services -- and compete with current land-based networks -- but Musk reportedly views the system as a potential revenue stream to fund the company's ventures deeper into space and, eventually, to Mars.

Reuters reported this week that the company disclosed some technical details of the plan in documents filed with the Federal Communications Commission.

The satellites would weigh about 850 pounds each and operate in orbits between 714 miles and 823 miles above Earth.

About 800 satellites would be launched in the project's initial phase to provide internet access across the U.S., Puerto Rico and the U.S. Virgin Islands.

The documents did not provide further cost or financing details and did not indicate when launches could begin.

"The system is designed to provide a wide range of broadband and communications services for residential, commercial, institutional, government and professional users worldwide," SpaceX wrote in the filings, according to Reuters.