The device could also be used in industry — for example, to see whether there are cracks or other defects beneath the paint on an aircraft part. 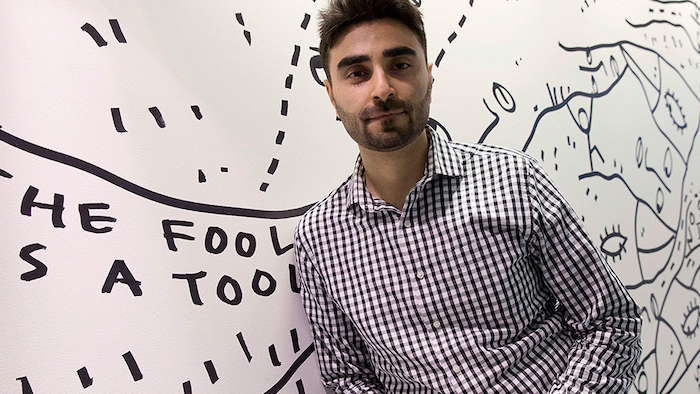 Leave it to the great minds at MIT and Georgia Tech to figure out a way to read the pages of a book without actually opening it.

A team of researchers from the two institutions pulled it off with a system they developed that looks like a cross between a camera and a microscope.

They said it could someday be used by museums to scan the contents of old books too fragile to handle or to examine paintings to confirm their authenticity or understand the artist's creative process.

Writing in the latest issue of the journal Nature Communications, the scientists explained how they used terahertz waves — a type of radiation situated on the electromagnetic spectrum between microwaves and infrared light — to read a stack of papers with a single letter handwritten on each page.

The device, called a terahertz spectrometer, managed to clearly read only nine pages, though it could see writing on up to 20.

"We were very excited because we didn't think we would be able to see as deep as we did," said Barmak Heshmat, a research scientist at the MIT Media Lab.

While the device is still a long way from reading an entire book, Heshmat said the team is already talking with the Metropolitan Museum of Art in New York about using it to inspect some of its artworks and antique volumes. The museum did not immediately respond to a request for comment.

He said it could also be used in industry — for example, to see whether there are cracks or other defects beneath the paint on an aircraft part. 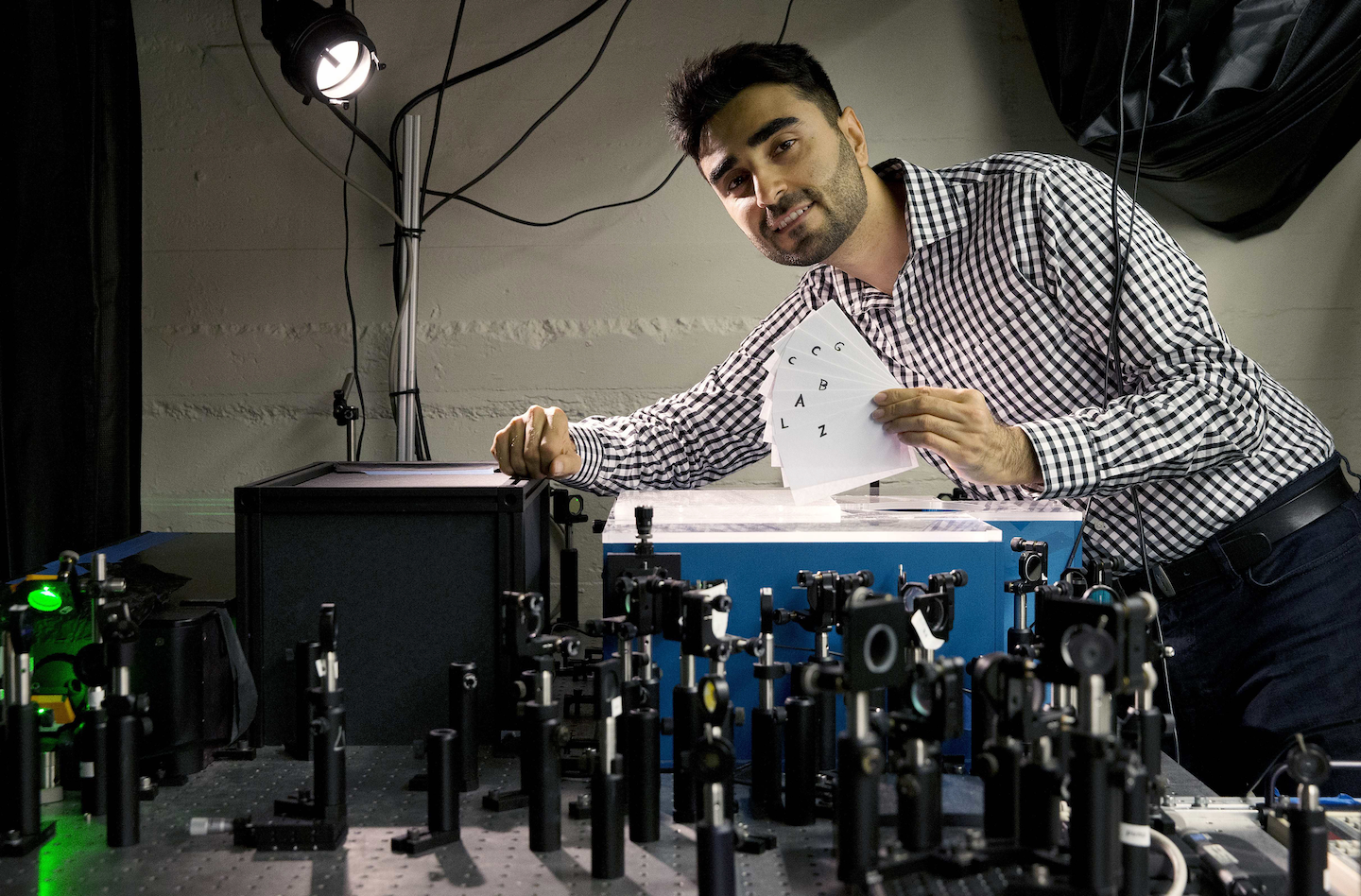 In this Monday, Sept. 12, 2016 photo, Barmak Heshmat poses with his prototype scanning device in a lab at Massachusetts Institute of Technology in Cambridge, Mass. Researchers at MIT have come up with a technology that can read the pages of a book without opening the cover, a development that could help museums better analyze antique books and ancient texts. (AP Photo/Michael Dwyer)

Heshmat said that for now, broader uses would be limited by the cost of the device, which runs about $100,000.

The device works by directing ultrashort bursts of terahertz radiation at stacks of paper. Some of it is absorbed by the paper, and the remainder is reflected back. The signals that bounce back are then analyzed with computer algorithms that can discern individual letters.

In the study, the stack of paper had no cover, but Heshmat said he is confident the system could see through one.

Heshmat said the system works much better than X-rays, which are currently used to scan documents and paintings but entail harmful levels of radiation.

With X-rays, "you won't be able to read the pages unless the ink is written by some metal like silver or gold," he said. "But with our system, because it uses a different part of the electromagnetic spectrum, it can identify many other chemicals, so it can contrast between the blank paper and the part that has ink."

He said the project was inspired by the work 10 years ago of a group at the Massachusetts Institute of Technology that showed you could look through a closed envelope with terahertz waves. With the new system, he said, "you can actually look deeper into multiple pages."

Researchers not involved in the project said the technology has great potential.

J. Bianca Jackson, who developed a portable terahertz imaging lab for the Center for Research and Restoration of the Museums of France and used it to analyze mummies and find a hidden face behind a Roman fresco, said the technology can now be used more broadly because the MIT-Georgia Tech device relies on computers, rather than technicians, to interpret the vast amount of data that terahertz scanning yields.

He said the researchers achieved "something the field has discussed for years but never demonstrated as nicely as in this work."