An executive of a company that develops jetpacks is in serious condition after crashing during a test flight of one of his products in Denver. 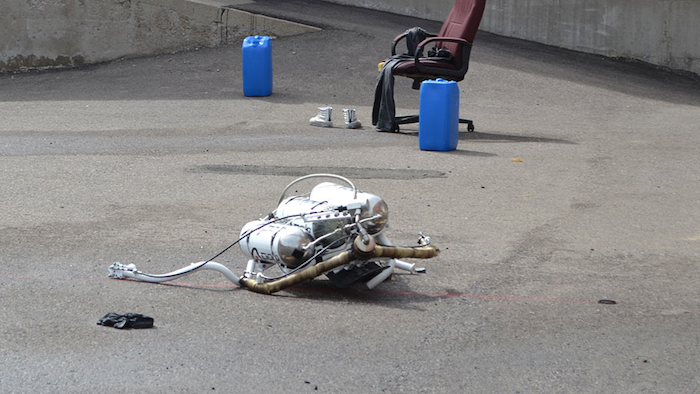 DENVER (AP) — An executive of a company that develops jetpacks is in serious condition after crashing during a test flight of one of his products in Denver.

Company CEO Troy Widgery says Macomber was testing changes he recently made to the machine. He says it crashed in an industrial park after control issues, leaving Macomber with cuts.

The FAA is investigating the crash.

Widgery says the jetpack has a range of about a quarter-mile and can reach heights of about 100 feet with a flight time of up to 32 seconds. Jet Pack International flew a man across the 1,053-foot-deep Royal Gorge in southern Colorado in 2008.