Boeing built the satellite for Bermuda-based customer ABS, a satellite operator which provides a variety of services including cellular, internet, satellite-to-home, and satellite-to-cable. 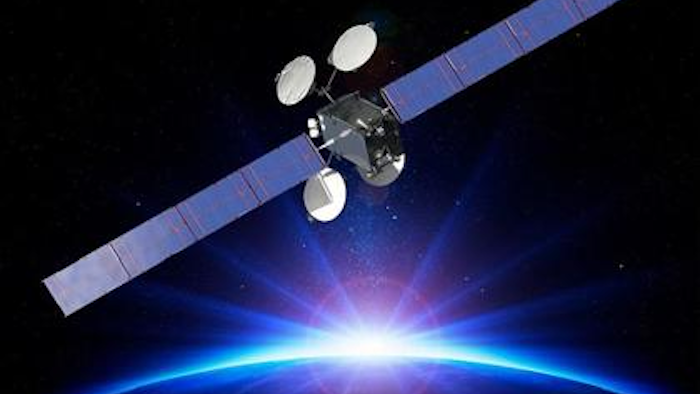 Boeing built the satellite for Bermuda-based customer ABS, a satellite operator which provides a variety of services including cellular, internet, satellite-to-home, and satellite-to-cable. The ABS-3A was one of a pair of 702SP (small platform) satellites, both launched in March. Its all-electric drive draws its power from a xenon-ion propulsion system, using the inert, non-hazardous element xenon. With such a stable element, its lifespan can be extended beyond the expected 15-year spacecraft design life.

“With a successful launch, testing and execution of orbit operations, we were able to deliver the first 702SP to ABS about one month earlier than planned,” said Mark Spiwak, president of Boeing Satellite Systems International. “The 702SP product line was designed to bring the latest technology into the hands of customers seeking adaptable and affordable solutions. In addition, the 702SP’s patented dual-launch capability helps customers share launch costs, which can significantly lower overall expenses for a satellite owner.”

The second craft to launch with ABS-3A was a 702SP satellite built for Paris-based satellite communication company Eutelsat.

A second 702SP satellite will be delivered to ABS and launched in early 2016, also built by Boeing.

“The operational ABS-3A satellite and ABS-2A, launching in early 2016, will further strengthen and solidify our global expansion and offer flexible capacity to our growing fleet,” said Tom Choi, CEO of ABS. “We believe Boeing’s innovative portfolio can help us to affordably grow now and in the future.”