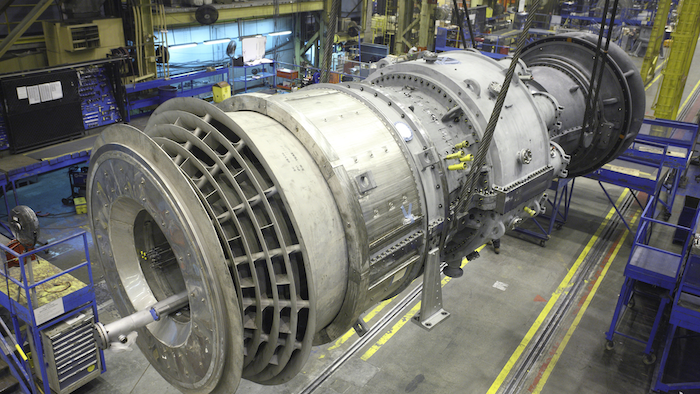 This new investment adds to GE’s $1 billion commitment over the past three years in the Kingdom, and aligns the company with the country’s Vision 2024 and Ninth Development Plan to diversify the economy, drive industrialization and manufacturing, and build the next-generation of human capital skill-sets in materials and data science.

The research and manufacturing programs will aim at enhancing the energy efficiency and sustainability priorities of the country. In manufacturing, GE will expand its facilities in Saudi for the region with the production of GE’s HA gas turbines — the world’s largest and most efficient gas turbine — at GE Manufacturing Technology Center in Dammam.

The Oil & Gas facility in Dammam will include the manufacturing of wellheads, ‘Christmas Trees’ and other Pressure Control technologies as well as well performance services repair capability for submersible pumps. GE is also planning a first of its kind regional LED manufacturing facility.

In R&D, today’s announcement places the Saudi GE Innovation Center in Dhahran Techno Valley at the heart of the company’s technology innovation ecosystem in the Kingdom. The programs include a ‘Hot & Harsh’ Global Research & Development Program, a Software & Analytics ‘Industrial Internet’ Lab, a GE ‘in Saudi for region’ hub for Energy Efficiency technology development as well as a Monitoring & Diagnostics Center at GE Manufacturing Technology Center.

Jeffrey Immelt, GE Chairman & CEO said: “We are proud to work with our partners to co-create solutions that will find application both in Saudi Arabia and globally. We believe that future skill-sets demand strong capability in both software and hardware; and we are committed to delivering that to our Saudi workforce and our ecosystem of partners, such as Saudi Aramco and Saudi Electricity Company, as well as SMEs.”

The Hot & Harsh Global Research Program will study the effect of high temperature, dust, corrosion, erosion, duty cycle, and fuel harshness which have a critical impact on the reliability and efficiency of power plants. This research & development program will design and prototype gas turbine and auxiliaries components for testing at a simulated ‘hot and harsh’ environment at GE Manufacturing Technology Center.

In addition, GE will collaborate with King Abdullah University of Science and Technology (KAUST) on material testing and combustion research. The outcomes will support the development of GE’s HA gas turbines, which will be manufactured at GE Manufacturing Technology Center in late 2016. GE’s HA gas turbines provide the world’s highest combined-cycle efficiency, power plant availability and unprecedented operational flexibility.

GE and King Fahd University of Petroleum & Minerals (KFUPM) will collaborate on advanced prototyping and additive manufacturing working with the planned state-of-the-art Technology Advanced Prototyping Center (TAPC). The program addresses the need to develop capabilities and skill-sets in material sciences, applied development and advanced prototyping. The partnership will also provide training, consultation, educational, supply chain and engagement support to TAPC and its staff at GE’s global advanced manufacturing & micro factory facilities. Also, GE is working with KAUST to advance fuel flexibility of gas turbines, which in turn can positively impact power plant availability, enabling power producers to meet the growing demand for electricity in the Kingdom.

The focus of GE Oil & Gas engineering research will be on developing new and enhanced technologies in the upstream and downstream sectors with the goal of increasing efficiency and production. This will include new software solutions as well as the next-generation of down-hole technology and Electric Submersible Pump (ESP), which has the potential to be a game-changer for the industry both in Saudi Arabia and across the world. In addition, the research will aim to advance corrosion monitoring and resistance technologies to better withstand high sour-gas environments prevalent in Saudi Arabian oil and gas fields.

Establishing an Energy Efficiency technology development hub will bring together GE’s capability across the energy value chain — from supply to demand — to address the country’s energy challenges through innovative solutions in fuel consumption, emissions and real-time data. This will be developed at the Saudi GE Innovation Center for Saudi Arabia and the region.

GE is focused on bringing its technological leadership in advanced materials science, predictive analytics as well as developing the most efficient and cost-effective energy systems. This will enable customers to optimize asset performance and operations for increased production and higher efficiencies.

Also part of the investment, GE Manufacturing Technology Center is today a Center of Excellence that has serviced over 550 gas turbines, supports 70 customers in 30 countries exporting 80 percent of its parts. The facility employs over 700 skilled workers, 75 percent of them Saudi professionals.

Another important milestone was the ground-breaking for the expansion of the GE Oil & Gas Manufacturing Facility, located in Dammam 2nd Industrial City, which covers an area of approximately 40,000 square meters. It builds on today’s Pressure Control equipment manufacturing capabilities, with plans to package and assemble equipment for GE Oil & Gas businesses including expanding Pressure Control, Measurement & Control, Subsea Systems and artificial lift.

With a presence of over 80 years, three offices and seven facilities, Saudi Arabia accounts for the largest GE workforce in the Middle East with over 1,600 employees driving the healthcare, transportation, power, oil & gas, water and aviation businesses. GE is focused on taking its work into the next industrial era with technological solutions that create economic and social value to the country and its people.