During an appearance on "The Late Show with Stephen Colbert," the Tesla and SpaceX chief suggested Mars could eventually be relatively welcoming to humanity. 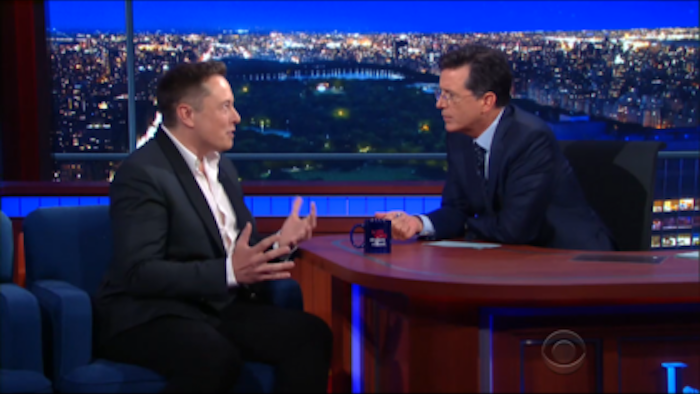 ​Elon Musk makes no secret of his ambition to one day colonize Mars.

But during an appearance on "The Late Show with Stephen Colbert," the Tesla and SpaceX chief also suggested that the red planet could eventually be relatively welcoming to humanity.

"It is a fixer-upper of a planet," Musk conceded while agreeing with Colbert that the first colonists would need to live in domes.

Living outside transparent domes, however, could be possible once humans "just warm it up" into an Earth-like planet.

"There's the fast way and the slow way. ... The fast way is drop thermonuclear weapons over the poles," Musk said.

Colbert, who previously suggested that the ambitious billionaire would need to be either a superhero or supervillain, joked that he had his answer.