The automobile industry is currently displaying the fastest rate of modernization within NAFTA. 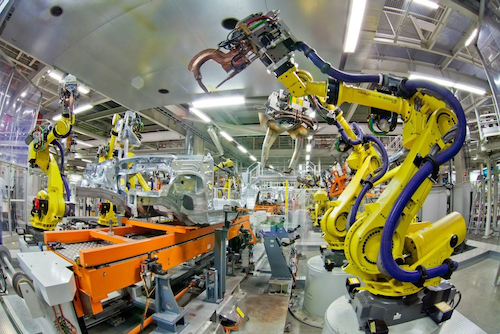 Frankfurt, Germany —  The U.S. economy is one of the front-runners in the global automation race. By 2018, the number of industrial robots sold in 2018 will, on average, rise by at least five percent per annum, to a new record of 31,000 units (2014: 26,202). About one-half of these will be installed by car makers and their suppliers. Viewed according to robotic density — meaning the number of industrial robots per 10,000 employees — the U.S. automotive industry, with 1,141 units, already ranks third in the world's national economies after Germany (1,149 units) and Japan (1,414 units). So says the 2015 World Robot Statistics, issued by the International Federation of Robotics (IFR).

In the most recently published annual economic report of the U.S. President to Congress, the White House underlines the central role played by robotics in the economic growth of the U.S. Therefore as far as technology and innovation are concerned, it is the increased deployment of robots — alongside digital communications technology — that will prove to be the decisive factor of success in the robust growth of production in the U.S. The economic experts see great potential in various economic sectors.

The automobile industry is currently displaying the fastest rate of modernization within NAFTA (the U.S., Canada and Mexico). 55 percent of the total demand for industrial robots comes from the auto sector alone. One fourth of these units is installed by car makers — the greatest demand is, by far and away found in the supply industry. The drive towards automation has been running at full pelt for five years now. This is enabling car manufacturers and suppliers in the U.S. to supply the world's largest domestic market and to produce the greatest number of cars and light commercial vehicles after China. The U.S. is witnessing very intense investment in the technical renewal of its domestic manufacturing, aimed at improving competitiveness and partly at regaining capacities from abroad.

The automotive supply industry is providing a strong impetus to the deployment of robotic technology in North America. Investments within NAFTA have increased by about 40 percent every year since 2010, and are forecast to continue rising in coming years. The primary drivers of industrial robot investments among automotive suppliers are new quality standards, more energy efficient production and new materials. Not to forget that foreign suppliers have been at work for a good five years now in expanding their production capacities with the aid of robotic technology, so that they can be closer to their crucial customer base.

"Clearly the automotive industry continues to drive innovation in the automation arena and need for optimization, quality, adaptability and flexibility", says Joe Gemma, President of the International Federation of Robotics. "The need from the OEMs has filtered down to the supplier base to work on improved quality, flexibility and process optimization fostering the requirement for automation technologies to meet the demands as well as quicker deliveries and adapting to a dynamic environment." 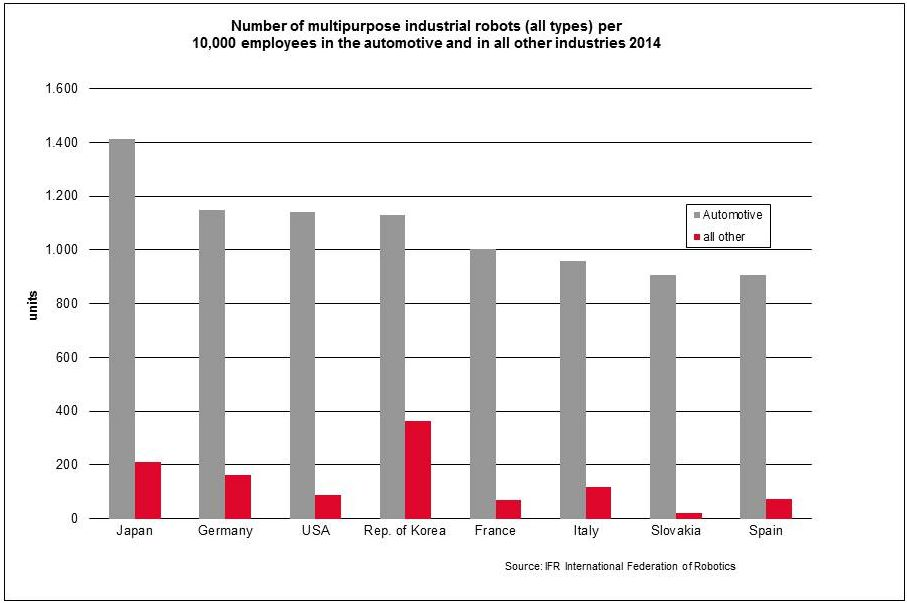