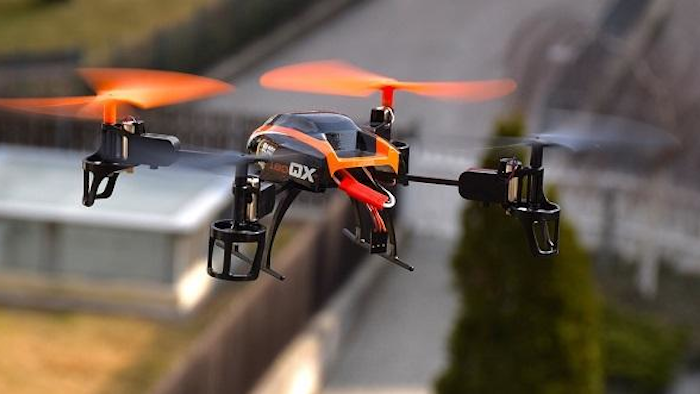 The social media corporation applied on Thursday, Dec. 17 for a patent for a “messaging-enabled unmanned aerial vehicle,” which could receive commands from “a messaging platform.”  This means that each Twitter account could have its own drone associated with it, or a drone could be controlled through “democratic means.” It brings to mind the chaotic democracy of Twitch, except with movements in the real world instead of in a video game.

Teleconferencing tools such as display screens or microphones could also be added in order to use the drone for “telepresence or interviews[s],” so maybe Twitter is looking to make the machines an extension of the account. Anyone with a Twitter account could be able to make the drone camera an extension of themselves, for whatever purpose – nefarious, artistic, or social – they want.

The patent also states that the drone would be equipped with more standard equipment such as a camera, location sensors, and a detachable payload.

The patent covers several methods of accomplishing the things it claims to do, with an emphasis on quick commands and real-time media access. One of these is a method for “obtaining a location boundary” and making sure that the drone does not cross a set boundary, but it is not stated whether the boundary refers to one set by the pilot, by Twitter, or by federal airspace regulations.

Twitter sees the drones as particularly useful for large-scale events that have a lot of social media coverage. In particular, Twitter’s Periscope allows for second-hand audience members to get real-time looks at entertainment and news events, and hooking a Periscope camera up to a drone could enable even more sweeping, up-close shots of concerts or other events.

On the other hand, talk about robot smog. Civilian drones already need to be shooed away from large forest fires. Hopefully, Twitter’s will coordinate themselves better than most democratic Twitch streams.