Adaptive snowboarder Mike Schultz could very well have the winning formula at the Paralympics — whether or not he even crosses the finish line in first. 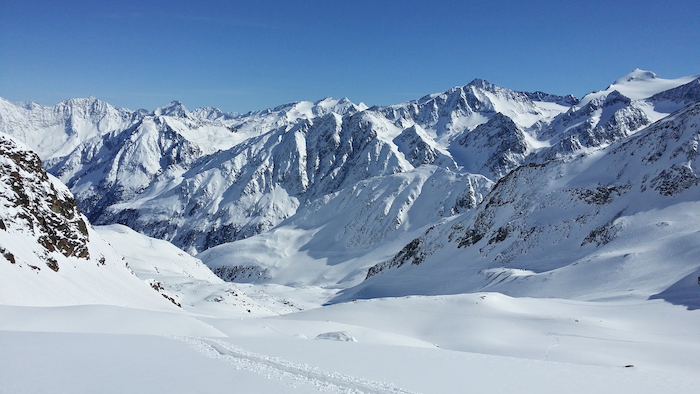 Adaptive snowboarder Mike Schultz could very well have the winning formula at the Paralympics — whether or not he even crosses the finish line in first.

He is the architect behind some of the most cutting edge prosthetic components out there, which is no surprise considering he's been tinkering with technology and testing it himself since losing his left leg above the knee a decade ago following a snowmobile accident.

There will be around 30 male and female athletes from six different countries at the Paralympic Games in South Korea using Schultz's "Moto Knee" (constructed to withstand high-impact stress), "Versa Foot" (featuring adjustable shock absorbers) or both.

He just might be beaten by his own creations. That's almost a win-win situation for the world's top-ranked snowboard-cross and banked slalom boarder.

"Me winning would be better," cracked the 36-year-old from St. Cloud, Minnesota, who was voted the flag bearer for Team USA during the opening ceremony Friday. "I've got some secret stuff. I'll share it with everybody at the end of March.

"I do take a lot of pride in knowing that I've helped these athletes step up their performance game a little bit — or a lot. It's very rewarding to see these athletes really bring their 'A' game and do the level of riding that they all do."

His life was altered in December 2008 during a snowmobile race in Michigan. He was making a move in a downhill section when he lost his balance and was thrown from his sled. His left knee hyperextended 180 degrees, with his lower leg ending up near his chest. The main nerve to his leg was severed. In an essay on The Player's Tribune , Schultz said he went through 42 units of blood, but the "reality was that the best way for me to go forward was to amputate at the mid-thigh."

"I kind of figured my competitive days were over," Schultz said. "But you know what? Once I started feeling better and healthier and learned to walk on my first prosthetic leg, I realized I'm not going to be satisfied with just walking around."

Within a few months, he was riding his dirt bike again. And shortly after that, on a prosthetic leg he designed, Schultz captured a silver medal at the 2009 Summer X Games in Moto X racing adaptive. It felt just like gold.

In 2010, he started his company BioDapt, where he designs and custom-fits prosthetics out of a workshop behind his house. His company's mission is simple: "Manufacture the highest quality and highly versatile components that allow amputees to participate in sports and activities."

Dabbling in the world of snowboarding never really crossed his mind. That is, until an adaptive boarder saw him riding snowmobiles at Winter X and asked if the technology might be applied to his sport.

So that's how he became a snowboarder. But the learning curve was steep.

"I had my fair share of injuries and hard hits," said Schultz. "But I'm an athlete, so I pick things up fairly quick."

There's a reason his products are in demand — they're state-of-the-art.

Two-time Paralympian Amy Purdy uses the "Versa Foot." Fellow snowboarder Brenna Huckaby happens to be sponsored by Schultz's company — her prosthetic components made in purple to match her hair. Also sponsored is 20-year-old Noah Elliott , who lost his left leg to osteosarcoma bone cancer and was inspired by Schultz after seeing him on a talk show. They've become good friends.

Elliott also happens to be the No. 2-ranked rider in the world behind Schultz. He swears by Schultz's innovations.

"Mike's design is truly unique and the performance is true to its name," Elliott said in an email. "The 'Moto Knee' and 'Versa Foot' provide confidence on and off the slope — from bringing a person to or back to a passion they once lost, or even to walk with the head high because you know you can."

Schultz's path to Pyeongchang, South Korea, hasn't been exactly smooth in recent months. He crashed at the Winter X Games in 2015 and shattered his right heel into 15 pieces.

"I thought honestly, I'm going to have to pull out of snowboarding completely," said Schultz, whose snowboard-cross final at the Paralympics is Monday, with the banked slalom final set for March 16. "I'm going to feel that one the rest of my days. We're dealing with it."

Schultz already has eight gold medals and one silver courtesy of the Winter and Summer X Games — all displayed in his trophy case at his gym back home. He wouldn't mind adding a little more hardware.

"If you would've told me I'd be a snowboarder back then? No way. No way. But," Schultz said, "it is pretty amazing when I look back."