Japan has a new robot cafe where customers can enjoy coffee brewed and served by a robot barista. 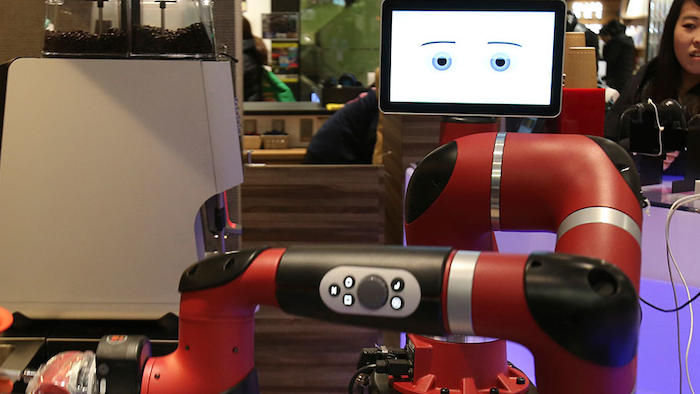 TOKYO (AP) — Japan has a new robot cafe where customers can enjoy coffee brewed and served by a robot barista.

The single-armed robot scans a ticket purchased from a vending machine and greets the customer.

"Would you care for a delicious coffee?" the barista, with a screen showing a pair of cartoon eyes, asks in a flat tone. "I can make one better than human beings around here." 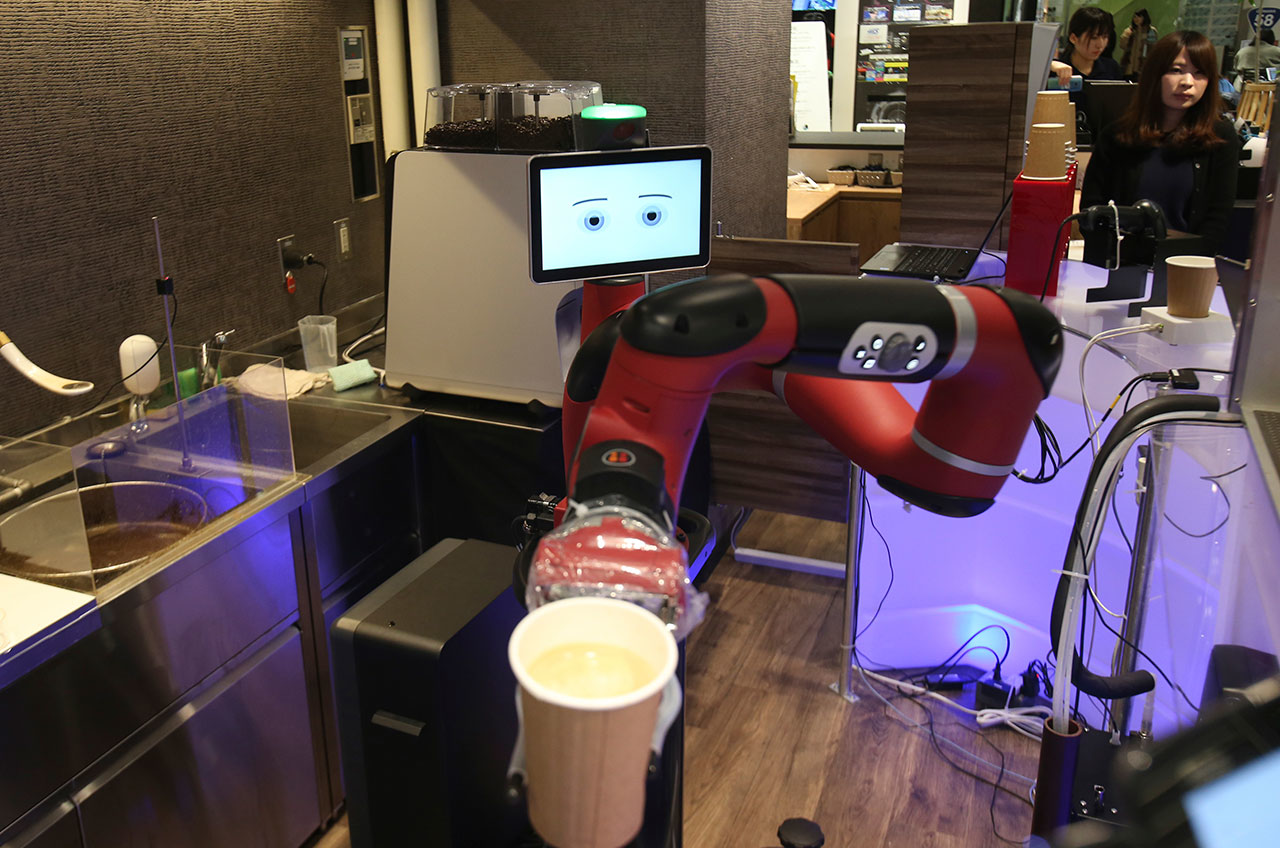 It grinds the coffee beans, fills a filter and pours hot water over a paper cup for up to five people at once. A cup of brewed coffee costs 320 yen ($3) and takes a few minutes.

Sawyer can also operate an automated machine for six other hot drinks including cappuccino, hot chocolate and green tea latte.

Customers, many of them young men, took photos with their smartphones while they waited in line.

"An essential point is to increase productivity," said Masataka Tamaki, general manager of corporate planning at H.I.S. He said only one person needs to oversee the robot cafe, compared to several people needed at a regular coffee shop, so it can serve better quality coffee at a reasonable price.

Tamaki says it's not just about efficiency. "We want the robot to entertain customers so it's not like buying coffee at a vending machine," he said.

Takeshi Yamamoto, a 68-year-old restaurant employee who works in the neighborhood, said his first experience with the robot cafe was very enjoyable, and his robot-made coffee was delicious.

"It's quite rich, and tastes very good," Yamamoto said, as he took a sip. "You can get machine-made coffee at convenience stores, too, and it's actually good. But here, I had great fun."