Kwon Oh-hyun plans to resign as head of Samsung's semiconductor business and will not seek re-election on the company's board when his term expires in March.

The chairman of Samsung Electronics Co.'s board of directors, who has been the public face of the company after its de facto chief was jailed on corruption charges, said Friday he will resign next year to make way for a new leader.

"As we are confronted with unprecedented crisis inside out, I believe that time has now come for the company to start anew, with a new spirit and young leadership to better respond to challenges arising in the rapidly changing IT industry," Kwon Oh-hyun, 65, said in a letter to employees.

Kwon plans to resign as head of Samsung's semiconductor and component business and will not seek re-election on the company's board when his term expires in March, Samsung said in a statement.

He has represented Samsung Electronics at various occasions since the company's heir and vice chairman, Lee Jae-yong, 49, was jailed earlier this year. Lee was convicted on corruption charges to five years in prison in August, along with four other former Samsung executives.

Samsung has two other CEOs, each overseeing its mobile phone business and home appliance division.

But the chip and display divisions led by Kwon fueled Samsung's stunning profit growth this year.

Earlier Friday, Samsung said its July-September operating profit nearly tripled over a year earlier to a new record, putting it on track to report its best annual financial results. Analysts forecast Samsung's 2017 net income nearly doubled from 2016 and they expect Samsung to outdo its annual financial results for the next few years, thanks to its position as the world's largest maker of the semiconductor group known as memory chips that are used for mobile devices and computer servers.

Kwon, however, thinks Samsung is in crisis and urgently needs to find new ways to fuel growth before the record-breaking performance resulting from earlier decisions fades.

"Now, the company needs a new leader more than ever and it is time for me to move to the next chapter of my life," Kwon said.

Prices of memory chips have skyrocketed globally due to the growing use of social media, mobile data, cloud computing and the emerging internet of things, which have combined to leave supplies tight. The boom allowed Samsung to dethrone Intel Corp., the long-time global chip leader, in the second quarter and has yielded record earnings for smaller chip rivals such as SK Hynix.

Kwon's resignation could widen a leadership vacuum at Samsung.

The company has a league of executives who manage day-to-day operations, but has usually relied on the leadership and the visions of founding family members for direction.

Kwon is chairman of Samsung's board, but not its overall chairman. That is Lee Kun-hee, son of the company's founder and Lee Jae-yong's father. The younger Lee has sought to fill his father's place as the company's since Lee Kun-hee was hospitalized in 2014.

Lee is appealing a five-year prison sentence for crimes related to a sweeping corruption scandal that toppled South Korea's president. Hearings on his appeal and those of four other convicted Samsung executives began Thursday. 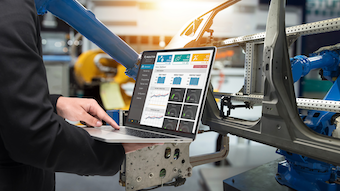