The computing giant said that its new IoT division aims to process information from a vast array of internet-connected devices in real time. 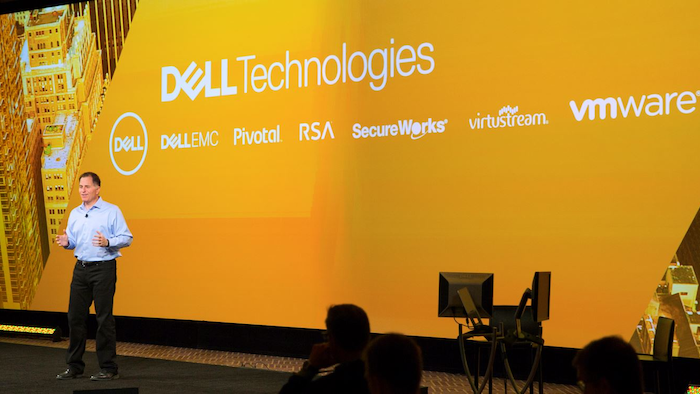 Dell this week announced an ambitious Internet of Things initiative and pledged to invest $1 billion in the effort over the next three years.

The Texas-based computing giant said that its new IoT division would develop software, services, laboratories and partnerships in hopes of establishing a "distributed core" model, which would process information from a vast array of internet-connected devices in real time.

Dell officials argued that smartphones, cars, robots and medical devices cannot wait even a few seconds for a response from a centralized cloud infrastructure.

“Dell Technologies is leading the way for our customers with a new distributed computing architecture that brings IoT and artificial intelligence together in one, interdependent ecosystem from the edge to the core to the cloud," chief executive Michael Dell said in a statement. "The implications for our global society will be nothing short of profound.”

The division would incorporate Dell's current IoT offerings, and the company highlighted several projects as priorities, including "Nautilus," which would create instant data streams from IoT gateways, and "Fire," a platform of solutions such as simplified management, local compute, storage and real-time analytics.

“Our new IoT division will leverage the strength across all of Dell Technologies family of businesses to ensure we deliver the right solution — in combination with our vast partner ecosystem — to meet customer needs and help them deploy integrated IoT systems with greater ease,” said Ray O’Farrell, the chief technology officer of Dell subsidiary VMware who was named to lead the IoT segment.

The International Data Corporation estimated earlier this year that global IoT investment would eclipse $800 billion this year and surge past $1 trillion by 2021.