Photos Of The Day: In A High-Tech World, Car Designers Still Rely On Clay

Every vehicle by every major carmaker, from Mercedes to Tesla to Toyota, is formed in clay long before it ever hits the road. 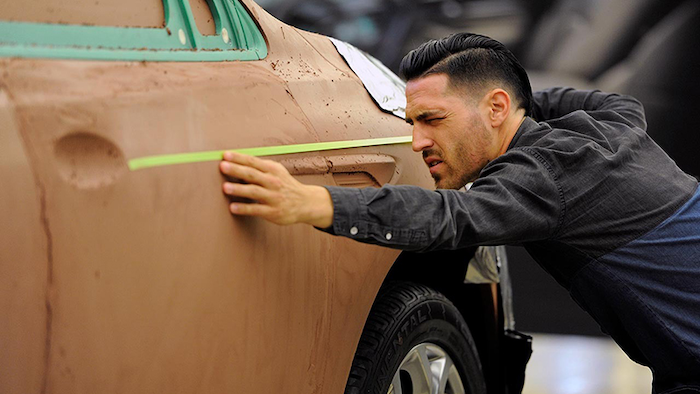 Car designers have every kind of software and virtual reality tool. But when they want to make sure a car's curves look just right, they rely on one of the world's oldest materials: clay.

Every vehicle by every major carmaker, from Mercedes to Tesla to Toyota, is formed in clay long before it ever hits the road. Automakers hire sculptors to make scale models and full-size clay vehicles. They sculpt every detail, from windows to door handles to slight creases in the hood. They sculpt interiors, too, in such fine detail that focus groups can't always tell they're looking at a clay dashboard.

Car companies have tried other materials, like plaster. They've tried designing cars on computers. But without the hand-sculpting process, designs tend to look stiff and stale, said Bob Boniface, the design director for global Buick exteriors at General Motors Co.

"Clay is still the best. It's a very flexible medium," Boniface said. "We can put the clay on and take it off very quickly."

Clay has been used in car design studios since at least the 1930s. Legendary GM designer Harley Earl is thought to be one of its pioneers. Now, in the same light-filled studios Earl once used, GM designers and sculptors still use thousands of pounds of reddish-brown clay each year from Kolb, a German supplier. 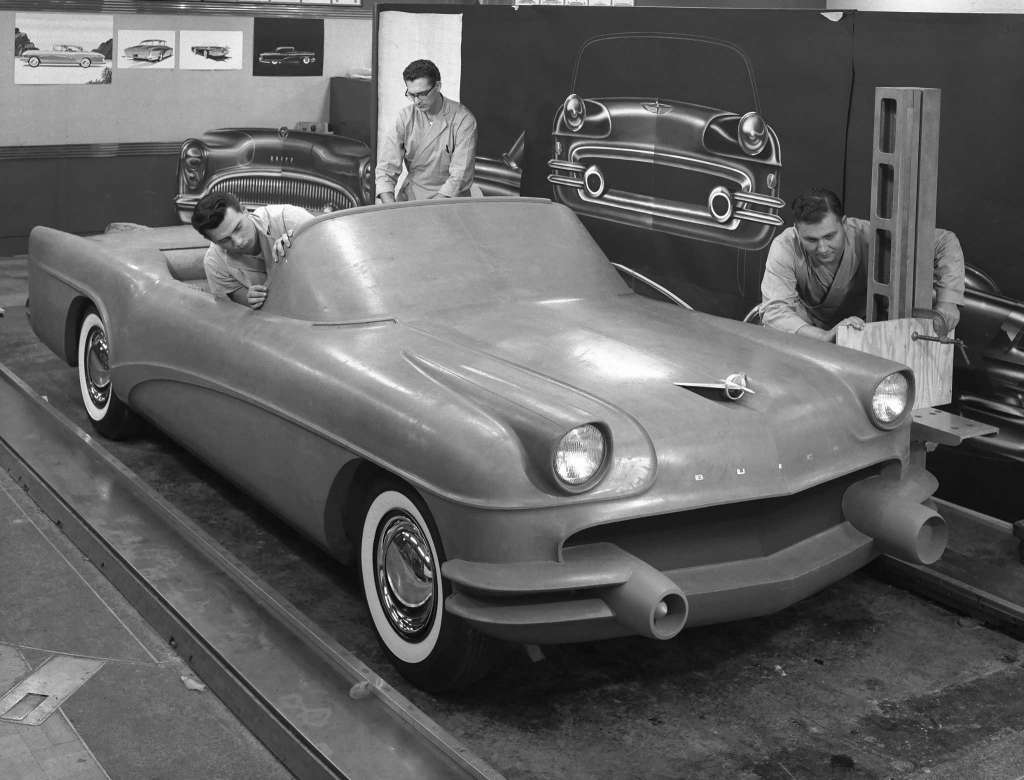 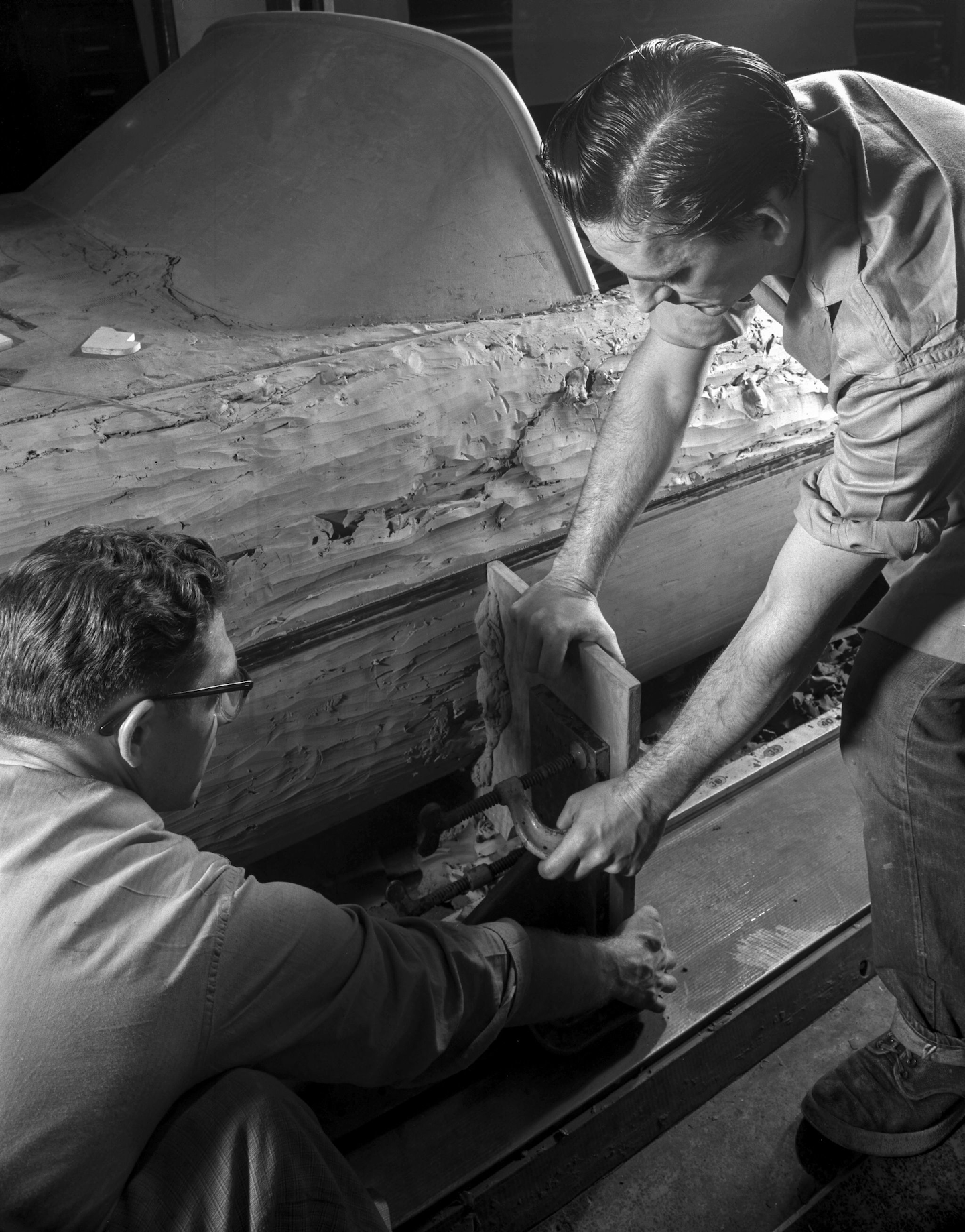 Design is more critical than ever to car companies, Boniface said. Brands are now basically equal when it comes to crash performance, fuel economy, road feel and price. Design is the great differentiator.

"A car is a product, yes, but it's a very emotional purchase," he said. "So the work we do here in design is very, very important in terms of distinguishing our product from the rest of the competitive landscape."

Car design begins with designers' sketches. Once the designers have narrowed down some ideas, sculptors make one-third-scale clay models of their drawings. One design is eventually chosen to pursue.

A full-scale clay model is the next step. At Buick, sculptors make a skeleton from foam, plywood and aluminum, and then cover it with 2 to 3 inches of warm clay, which is heated in special ovens for 24 hours before it's used.

When the clay cools, it's ready for sculpting. Car companies use milling machines to carve out the rough shape of the vehicle, a process that takes about two days. Then sculptors do the detail work, shaping the subtle arches around the wheels or the jeweled patterns in the headlights.

Gianna Ball, a Buick exterior sculptor, was trained in metalsmithing and worked in a high-end car restoration shop before completing a two-year diploma program in clay modeling at Detroit's College for Creative Studies. She likes the challenge of sculpting the intricate details in the vehicle's front and rear. 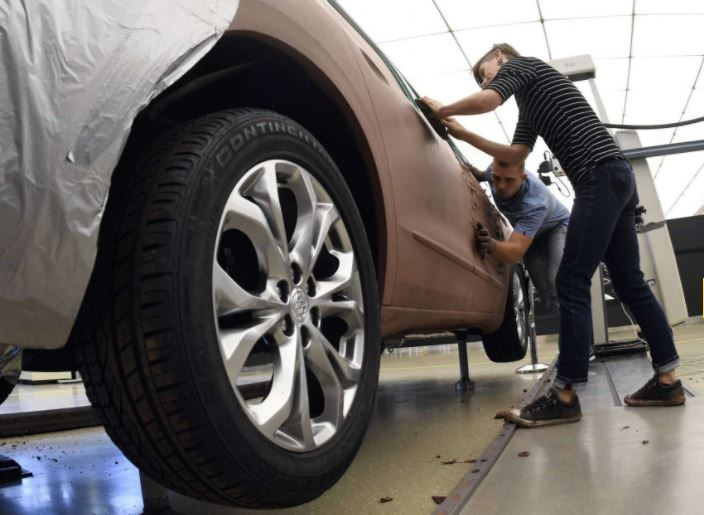 GM clay sculptors pack clay into a model of a 2018 Buick Enclave at the GM Tech Center in Warren, Mich. (AP Photo/Jose Juarez)

Clay is the perfect substance to work with, she said, because it's so forgiving.

"You can take a chance and make a design move that might work, might not work, and it's easily fixed or changed," she said.

Sculptors work closely with designers, who might suggest changing an angle or moving a crease upward by a millimeter. They also work closely with digital sculptors, who can scan the clay model and send that data to engineers. Engineers might send back changes to ensure the design meets crash-test standards.

For the last year, digital sculptor Courtney Urbiel has been working on the design of a door. Clay makes the work much faster, she said. If a corner is too sharp and might hit a passenger's elbow, a clay sculptor can soften it in a matter of minutes. Making that change digitally would take hours, Urbiel said.

The final design of a vehicle might be changed 12 or more times. One critical test comes when the clay model is covered in a film that looks like paint and is taken outside to see how the natural light plays on its curves. 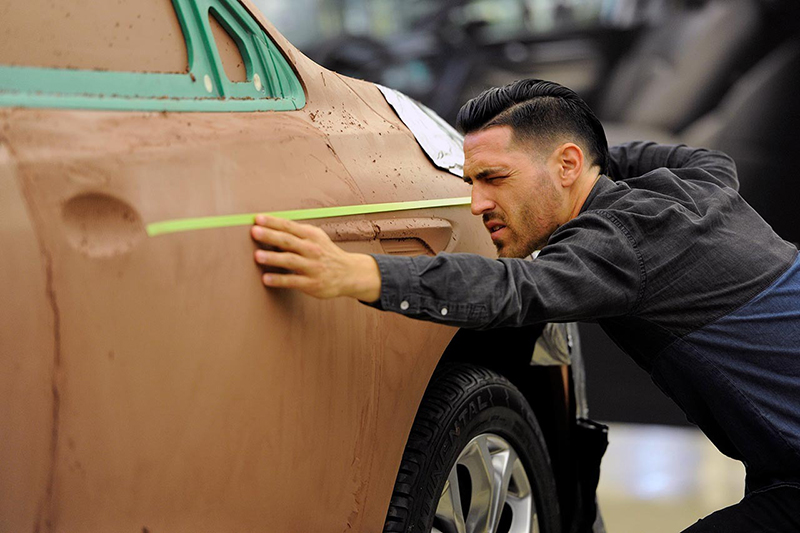 "Sometimes you take it outside and it looks horrible," Boniface said. "But the car ultimately is going to be living in the wild."

It takes three or four years from the first sketch to a car rolling off the line. On a recent day in Buick's studio, a clay model of a new, 2018 Buick Enclave was partially hidden because sculptors were already working on style changes for a future Enclave.

Designer Max Sullivan eyed the side of the model and stretched a long piece of tape over a section he wanted Ball to re-sculpt. The human touch, he said, has always been part of the process of making art. Designing cars is no different.

"You have to be able to mold it and shape it as it is, in front of you," he said. "If you go into the computer, it's just not real."