University of Michigan Getting Driverless Shuttles This Fall

The tall, airy, 15-passenger shuttles will carry students and staff in a two-mile loop on campus roads alongside regular traffic. 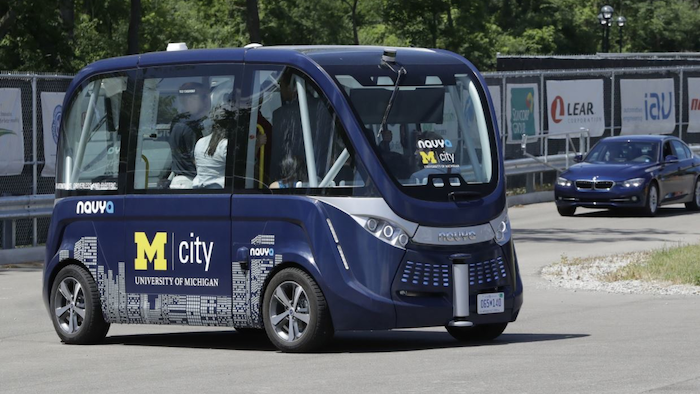 Two driverless shuttles will begin operating at the University of Michigan this fall.

The tall, airy, 15-passenger shuttles will carry students and staff in a two-mile loop on campus roads alongside regular traffic.

The shuttle will be free and insured by the university. A trained specialist will ride on each shuttle but won't steer it. The shuttle goes around 15 miles per hour.

The electric shuttles are made by French startup NAVYA, which has deployed 25 shuttles worldwide since last year and is operating them on campuses in Australia and Japan.

NAVYA plans to make 80 driverless shuttles this year. It's opening a manufacturing facility in Michigan soon to help reach that goal.

The university's MCity autonomous research partnership paid $500,000 for the shuttles and the systems to operate them.