But lithium-ion batteries aren't the only ones to reap the benefits. 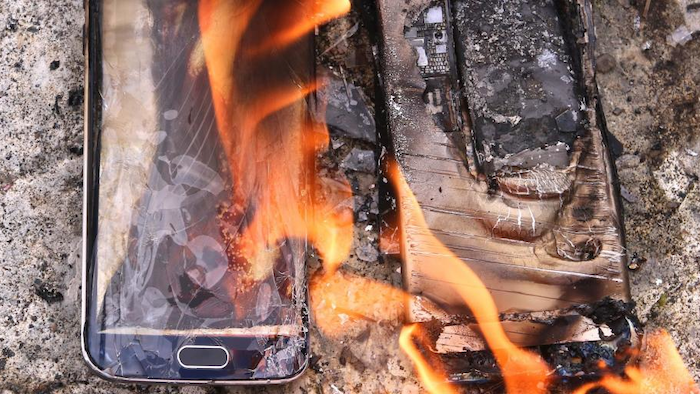 Here we are again — talking lithium-ion batteries. You know, the batteries that are pretty well known in the consumer sector for catching fire. And, let it be known, Galaxy Note 7s and hoverboard manufacturers aren't the only ones concerned.

Researchers are digging in, finding the best ways to stop them from igniting. One option tossed around was to replace the combustible electrolytes and integrate smart chips. Another option that Stanford scientists have now found, is by building a flame retardant into the battery that releases itself when things start to heat up.

That's right — it's basically a built-in fire extinguisher. And, after much research by scientists all over the world, the ones at Stanford University have found a better way to integrate.

Their battery design packs a common flame retardant called triphenyl phosphate (TPP) inside a shell of polymer microfibers, which is crafted with a technique called electrospinning. Electrospinning is a fabrication technique that involves pushing fluid out of a syringe and through an electric field in order to break it down into microscopic fibers. This method has been used in laboratories to produce a myriad of applications, including capsules that release food supplements only after they have passed through the digestive system.

In this instance, when the battery is operating normally, the electrospun microfiber shell serves to encase the TPP and stop it from leaking into the battery's electrolyte and ruining its electrochemical performance. But when the temperature reaches 320 ° Fahrenheit, the polymer shell melts and releases the retardant into the electrolyte, stopping the combustion process in its tracks. And while 320 ° Fahrenheit might seem hot, the researchers say that this is a low melting point that allows the material to dissolve "before or at the early stage of combustion."

The design has been tested in a coin cell battery and found that in the event of combustion, the TPP quickly extinguishes the flame. But lithium-ion batteries aren't the only ones to reap the benefits. The researchers anticipate this kind of thermally-triggered, fire-extinguishing separator could be worked into larger batteries, too.