Coming soon to a grocery store near you: Girl Scout cookie-inspired cereal. 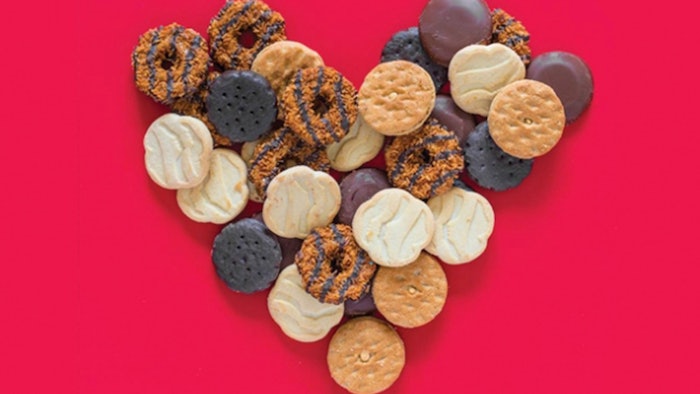 On Monday, General Mills announced it would launch a new, limited-time cereal line inspired by one of America's favorite treats: Girl Scout cookies.

The company says there will be two cereal flavors based off the sought-after seasonal cookes. The first is Thin Mints, and the other is Caramel Crunch inspired by the taste of Caramel deLites or Samoas.

The cereal will be available in grocery stores nationwide starting in January — notably the start of the traditional cookie-selling season — but don't expect them to be around for too long.

This isn't the first time General Mills has created limited-edition cereals in an effort to thwart the broad decline in cereal sales. One other notable example was the company's partnering with a craft brewery to produce a Wheaties-inspired beer.

According to the Associated Press, the Girl Scouts will receive some proceeds from the cereal sales, although an exact figure was not given.

General Mills says they will reveal more information regarding the cereal line closer to the January launch date.

Would you try these Girl Scout cookie-inspired cereals?