Nissan-Renault hopes to lead in connected vehicles, in addition to green cars and self-driving cars. 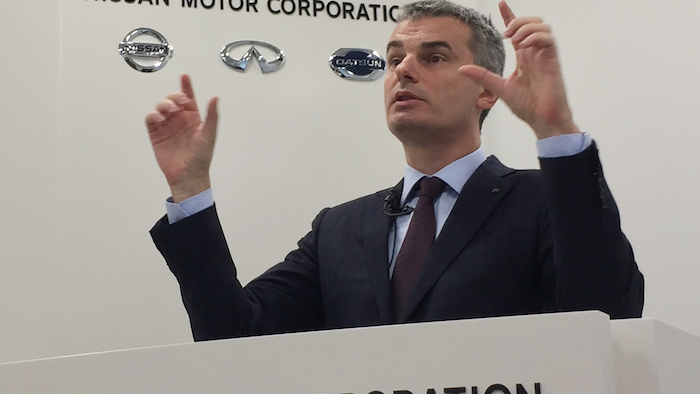 The top executive overseeing connected vehicles at Nissan and Renault believes the benefits of developing a common technology for connectivity within the Japanese and French auto partnership outweigh the risks of sustaining huge damage from a possible defect or cyberattack.

Ogi Redzic, senior vice president at the Renault-Nissan Alliance, oversees such connected services, including staying connected with family, navigating best routes and remote control of vehicles — an area where all the world's automakers are trying to gain an edge.

Redzic, formerly of Motorola and Nokia, was tapped for the post at the alliance earlier this year. He told reporters Tuesday at Nissan's Yokohama headquarters that the alliance has begun hiring 300 people to build such software applications for future cars, in addition to 300 employees at Nissan Motor Co. and 300 at Renault SA, already working on the effort.

Nissan-Renault hopes to lead in connected vehicles, in addition to green cars and self-driving cars, the two other increasingly vital auto technologies.

But Redzic was vague about what might be expected, although he stressed Nissan hopes to be different from rivals in the connected services, even if companies cooperate on a standard technology. 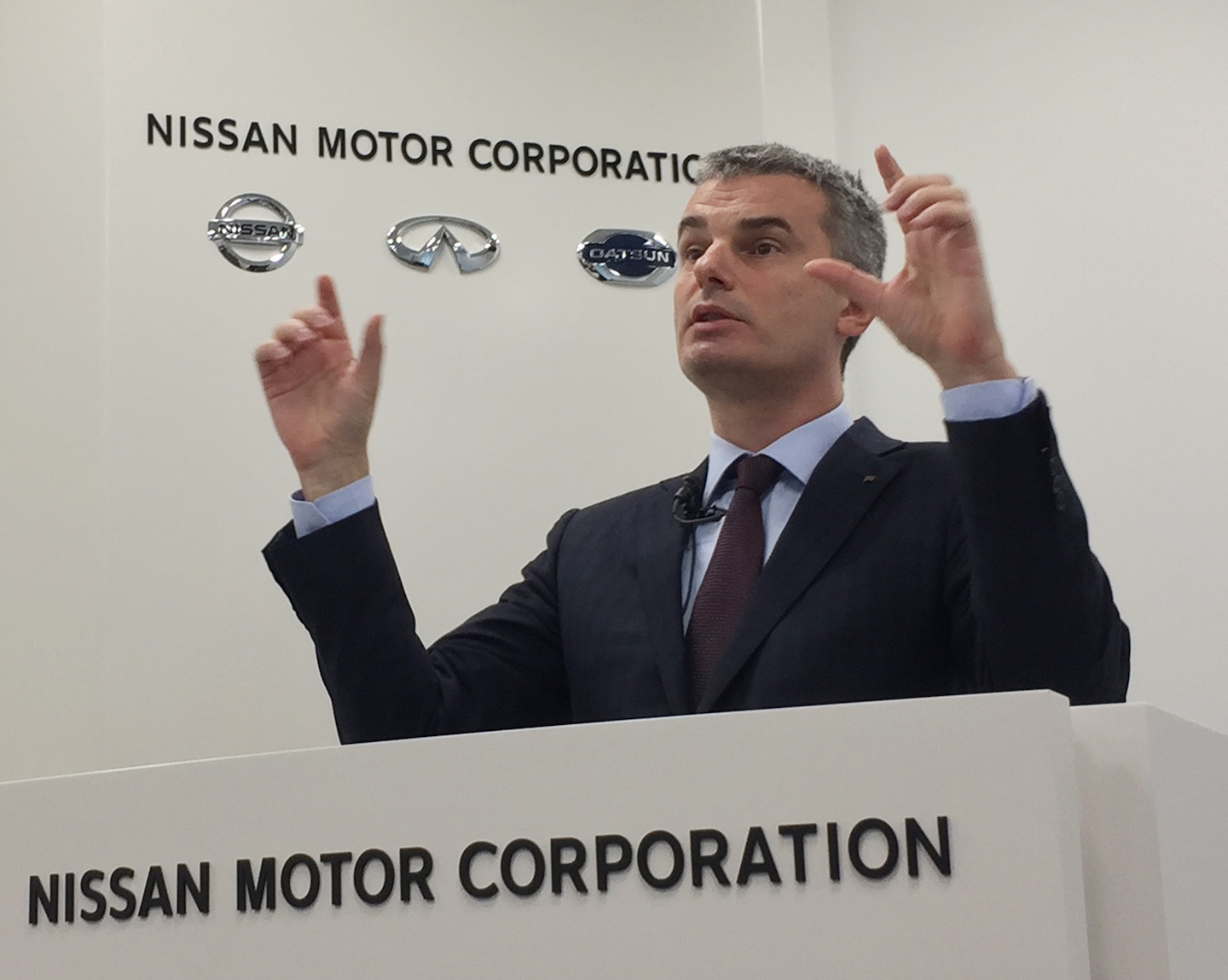 He stressed that Nissan-Renault plans to work on a single platform across the alliance, including luxury models.

Nissan-Renault will also be seeking out partnerships. Last month, the alliance said it had a partnership with Microsoft Corp. to develop next-generation connected services for cars powered by Microsoft Azure, one of the company's cloud offerings.

But the partnership with Microsoft is not exclusive, meaning rivals could come up with similar services. Toyota Motor Corp., Nissan's Japanese rival, for instance, has established an internal company focused on connected vehicles.

Redzic said being first with a service ahead of rivals would be one way to beat the competition.

"The global automotive industry is at a strategic turning point, and the Renault-Nissan Alliance is pioneering the transformation in EVs, autonomous driving and connectivity features on mainstream, mass-market vehicles at affordable prices," he said, using the acronym for electric vehicles.