Researchers rocked and rattled a six-story steel frame building on a giant shake table to see how the structure would withstand major earthquakes. 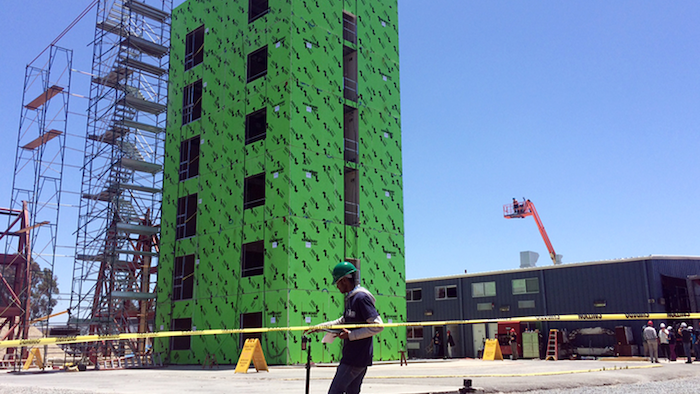 Researchers at the University of California, San Diego rocked and rattled a six-story steel frame building on a giant shake table Wednesday to see how the structure would withstand major earthquakes.

The towering building jolted, shuddered and let out a hollow, grinding sound but remained standing as drones peeked in its windows. The water heaters and at least some of the flat-screen TVs seemed to remain in place, though researchers still need to review the drone footage to see exactly how the building fared inside and out.

The event was a simulation of the 6.7-magnitude Northridge quake. That temblor caused heavy damage to the Los Angeles area in 1994.

The test is part of a $1. 5 million, three-week series of tests aimed at determining whether the lightweight steel structure is a better option than wood frame structures for tall, residential buildings in earthquake-prone areas like California.

The six-story structure built in about a week and designed to replicate a multi-family residential building is the tallest building of its kind to ever undergo such tests. It is equipped with appliances, such as water heaters and stoves, which could potentially ignite a fire during an earthquake.

"What we are doing is the equivalent of giving the building an EKG to see how it performs after an earthquake and a post-earthquake fire," UC San Diego structural engineering professor Tara Hutchinson said.

Over the next few weeks, the building will undergo more intense simulated quakes, including California's 7.2-magnitude Cape Mendocino earthquake in 1992 and the 8.8-magnitude temblor in Maule, Chile in 2010. 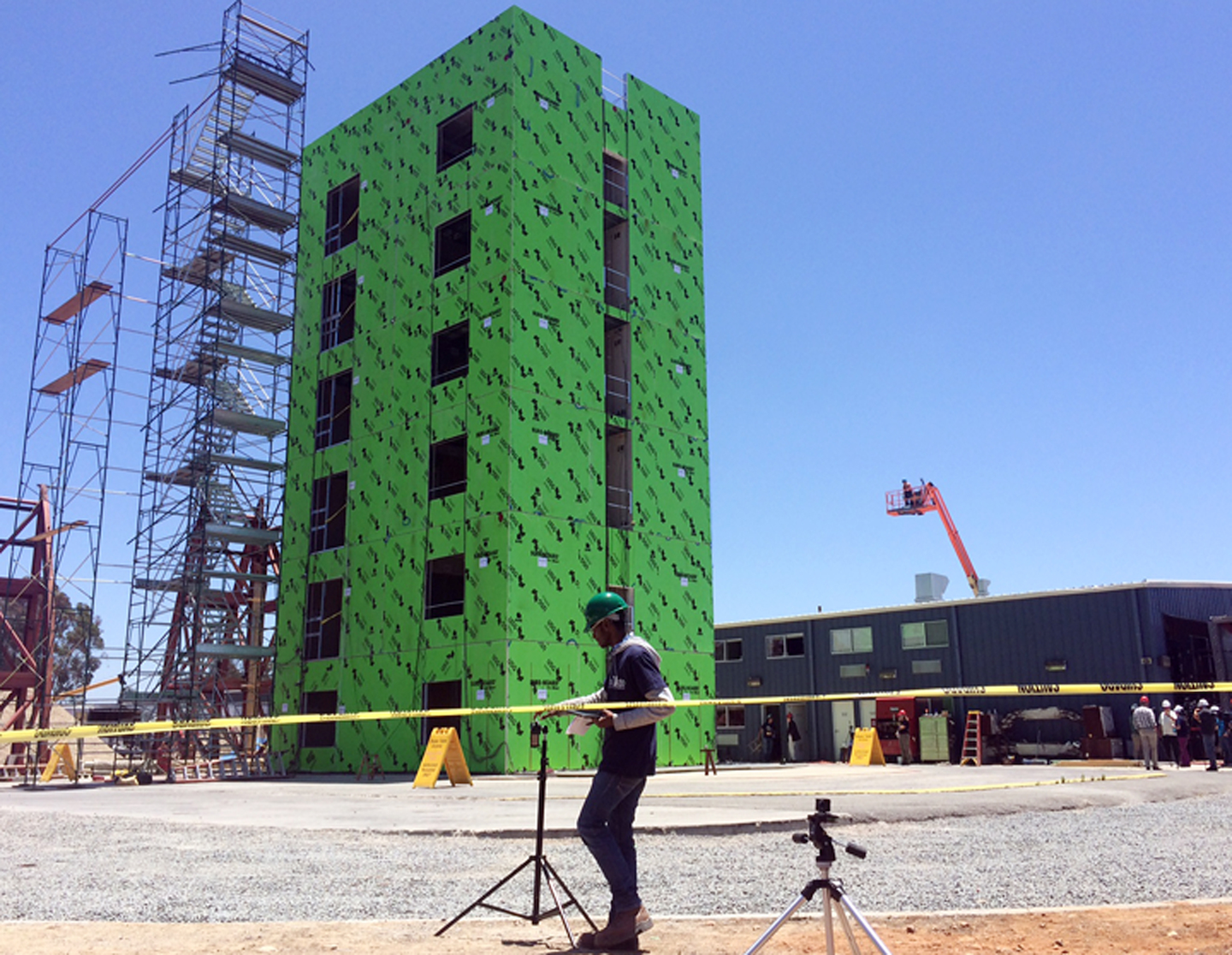 Later, researchers from Worcester Polytechnic Institute will set rooms on fire to test the frame's resistance.

Hard-hatted scientists, engineers, earthquake safety experts and news media witnessed the tests Wednesday. Small drones flew in and around the building to map the structure and assess damage. More than 250 sensors, more than 40 video cameras, and a GPS system were also in the building, gathering data. Some sensors are sensitive enough to detect movements caused by the wind.

Researchers also want to know whether drones equipped with heat-detection cameras could be used to find survivors and assess damage after earthquakes and the fires that often follow the temblors.

As part of the tests, researchers will ignite pans of heptane, a liquid fuel, in eight rooms on the second and sixth floors to achieve temperatures as high as 1,000 degrees Celsius — almost 2,000 degrees Fahrenheit. Using temperature probes and video cameras, the researchers will assess how damage from the simulated earthquakes affects the fire protection systems.

The engineers expect the building to fare well in all the tests, in part because the structure is lighter than a concrete building of the same height, making it more flexible and easier to move with the shaking rather than resist it.

At the end of the testing, the building will be put to its biggest test — a simulated earthquake that is stronger than what the structure was designed to withstand.

The largest building of this construction type tested before on the giant shake table was a two-story residential structure in 2013.

The project is supported by a coalition of government agencies, foundations and industry partners including the U.S. Department of Housing and Urban Development, the California Seismic Safety Commission and partners from the steel industry and insurance companies.