Tokyo-based Honda says the Clarity will go on sale in California later this year for about $60,000, and will lease for under $500 a month. 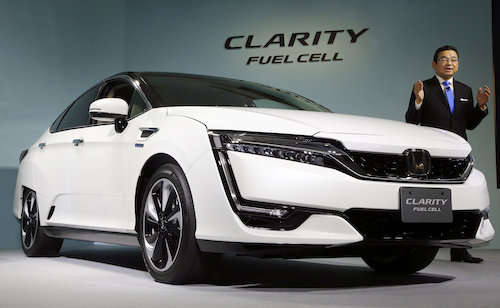 Honda has rolled out a new fuel cell vehicle, the first of its kind to be a five-seater. The zero-emissions Clarity may not sell in big numbers, however, given its price tag of 7.66 million yen ($67,000).

Honda Motor Co. said Thursday that its Japan sales target for the first year is just 200 vehicles, all through leasing to government organizations, such as the Environment Ministry, and businesses. Honda declined to identify the businesses.

Tokyo-based Honda says the Clarity will go on sale in California later this year for about $60,000, and will lease for under $500 a month.

In Japan, the monthly leasing cost will vary according to the contract but will likely be about 100,000 yen ($880). Government green subsidies are expected to help defray the cost.

All the world's major automakers are working on fuel cells, which are being used to a limited extent in Japan, mainly through leasing.

They are super-clean, running on the energy created when hydrogen stored as fuel combines with oxygen in the air and so emits only water. 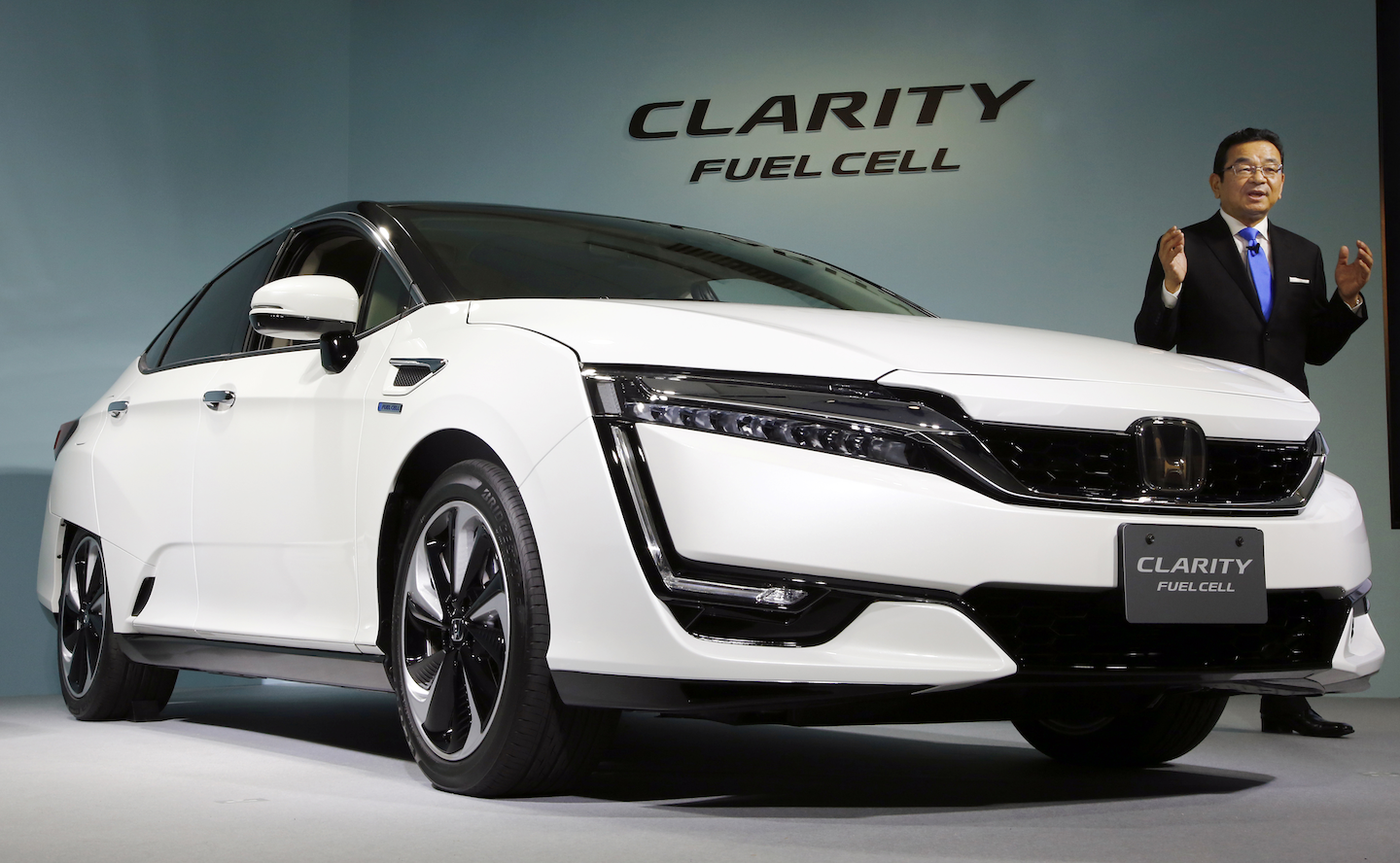 Honda, which also makes the Civic sedan, Odyssey minivan and Asimo robot, is a pioneer in fuel cell technology.

Its fuel cell became the first certified by the U.S. Environmental Protection Agency and the California Air Resources Board in 2002.

The new model has a cruise range of 750 kilometers (470 miles) on a full tank, which is at the top for a sedan, according to the Japanese automaker.

Honda has been able to make the new fuel cell more powerful, and reduce its size, allowing for five passengers, instead of the previous four.

Last month, Honda's president said two-thirds of the company's sales will be zero-emissions, including fuel cells and electric vehicles, hybrids and plug-ins by 2030.