The so-called hoverboards — which are two-wheeled, motorized scooters — were made in China and violate federal trademark laws. 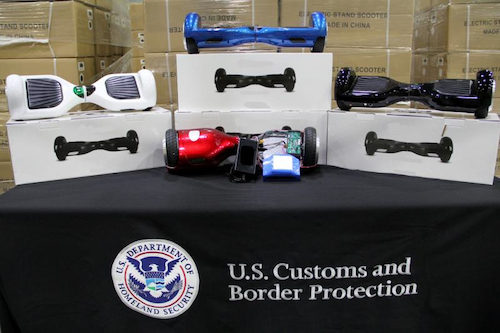 Customs agents have seized almost 2,400 counterfeit hoverboards at the Port of Charleston.

U.S. Customs and Border Protection issued a release Tuesday saying that the boards were seized at the docks last month.

The so-called hoverboards — which are two-wheeled, motorized scooters — were made in China and violate federal trademark laws.

The agency also makes sure that imported goods comply with U.S. laws, including consumer safety standards. It said the hoverboards also posed a fire threat because of their lithium ion batteries.

The retail price of 2,400 authentic hoverboards is an estimated $1.6 million.