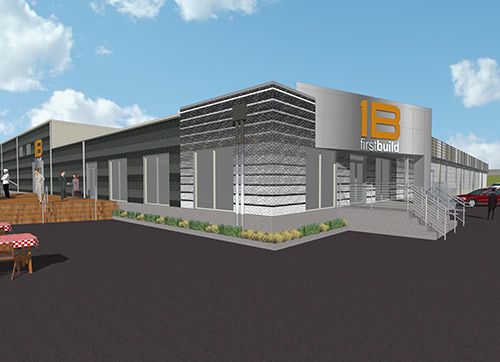 GE announced today that it would build its first micro-factory, which it is calling FirstBuild, in Louisville, Ky., where GE Appliances’ headquarters is located. The facility will be located on the University of Louisville (UofL) Belknap Campus, and is scheduled to open this summer.

This announcement is part of an earlier agreement with Local Motors, a company that develops open-source hardware, to create what GE is calling “a new model for the manufacturing industry.” The company uses enthusiasts, hobbyist innovators and professionals to both increase development speed and make products that consumers actually want.

Kevin Nolan, GE Appliances’ vice president of technology, said: “To win in the appliance industry, we have to innovate faster than ever before since we are now competing with companies that apply their rapid electronic products introduction strategy to the appliance industry. This new model will enable us to be more creative in the design and delivery of the products, and do so with lower risk and cost while drastically reducing the time from mind to market. FirstBuild will also enable us to move select products to larger scale production with more confidence because they will have been vetted by the new platform first.”

Jay Rogers, the CEO of Local Motors, is saying that micro-factories like FirstBuild is a “Third Industrial Revolution” that breaks the trends of innovation only happening in hubs like San Francisco or New York.

UofL and GE Appliances will also build at advanced manufacturing hub on campus to create a space where students can conduct research and get training on the latest additive manufacturing technology.

Nolan says Louisville was a good candidate because of its “strong collaborative innovation and entrepreneurial spirit” that is influenced by the UofL and city government. The proximity to talent at GE Appliances in design and engineering is also considered to be a major asset as “small batch production of community designs are transitioned to larger scale production.”

Those interested in getting involved in FirstBuild can visit www.firstbuild.com.