A Tiny Power Generator That Runs On Spit

Saliva-powered micro-sized microbial fuel cells can produce minute amounts of energy sufficient to run on-chip applications, according to an international team of engineers. 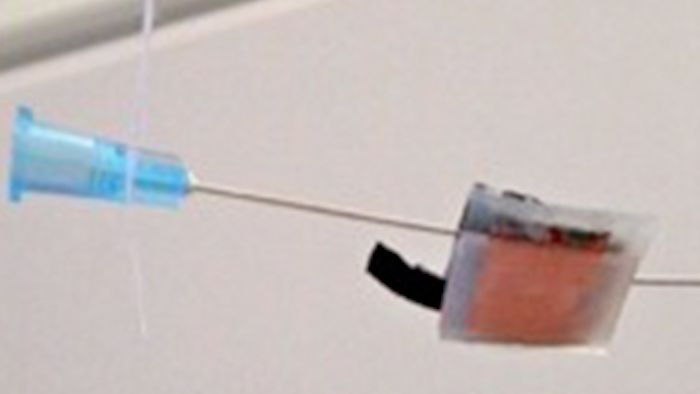 Saliva-powered micro-sized microbial fuel cells can produce minute amounts of energy sufficient to run on-chip applications, according to an international team of engineers.

Bruce E. Logan, Evan Pugh Professor and Kappe Professor of Environmental Engineering, Penn State, credited the idea to fellow researcher Justine E. Mink. "The idea was Justine's because she was thinking about sensors for such things as glucose monitoring for diabetics and she wondered if a mini microbial fuel cell could be used," Logan said. "There is a lot of organic stuff in saliva."

Microbial fuel cells create energy when bacteria break down organic material producing a charge that is transferred to the anode. Logan, who has studied microbial fuel cells for more than ten years, usually looks to wastewater as a source for both the organic material and the bacteria to create either electricity or hydrogen, but these tiny machines are a bit different.

"By producing nearly 1 microwatt in power, this saliva-powered, micro-sized MFC already generates enough power to be directly used as an energy harvester in microelectronic applications," the researchers report in a recent issue of Nature Publishing Group's Asia Materials.

The researchers believe that the emergence of ultra-low-power chip-level biomedical electronics, devices able to operate at sub-microwatt power outputs, is becoming a reality. One possible application would be a tiny ovulation predictor based on the conductivity of a woman's saliva, which changes five days before ovulation. The device would measure the conductivity of the saliva and then use the saliva for power to send the reading to a nearby cell phone.

Biomedical devices using micro-sized microbial fuel cells would be portable and have their energy source available anywhere. However, saliva does not have the type of bacteria necessary for the fuel cells, and manufacturers would need to inoculate the devices with bacteria from the natural environment.

In the past, the smallest fuel cells have been two-chambered, but this micro version uses a single chamber with a graphene- rather than platinum-coated carbon cloth anode and an air cathode. Air cathodes have not been used before because if oxygen can get to the bacteria, they can breath oxygen and do not produce electricity.

"We have previously avoided using air cathodes in these systems to avoid oxygen contamination with closely spaced electrodes," said Logan. "However, these micro cells operate at micron distances between the electrodes. We don't fully understand why, but bottom line, they worked."

The anode is actually composed of carbon nanomaterial graphene. Other microbial fuel cells used graphene oxide, but the researchers showed that pure multi-layered graphene can serve as a suitable anode material.

While the researchers tested this mini microbial fuel cell using acetate and human saliva, it can use any liquid with sufficient organic material.