White House Objects To Samsung Use Of Obama Selfie

The White House is not amused that Samsung is promoting a selfie with the president taken by Boston Red Sox player David Ortiz on a Samsung phone. 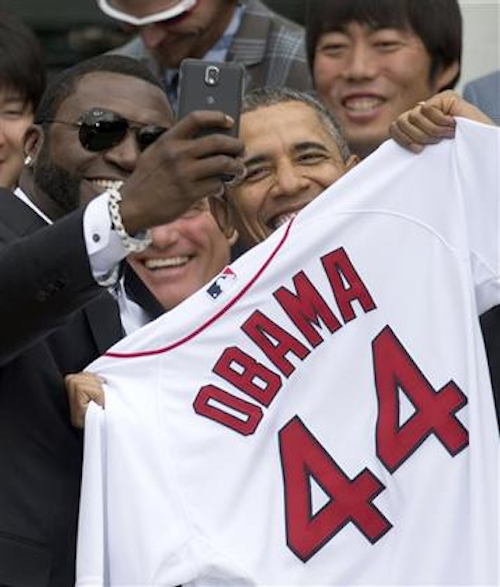 WASHINGTON (AP) -- The White House is not amused that Samsung is promoting a selfie with the president taken by Boston Red Sox player David Ortiz on a Samsung phone.

Carney didn't say whether the White House has asked Samsung to stop using the image.

Ortiz tweeted the photo of him with President Barack Obama to followers Tuesday. It's been resent by tens of thousands of Twitter users, and Samsung retweeted the photo in an ad. The company also tweeted that the photo was taken with a Samsung phone.