Manufacturers Focus On Comfort For Next Ski Season

Buyers from around North America spent four days checking out products for the 2014-15 season at the annual SnowSports Industries America trade show that ended Sunday. They saw few big surprises, but a lot of continuing innovation. 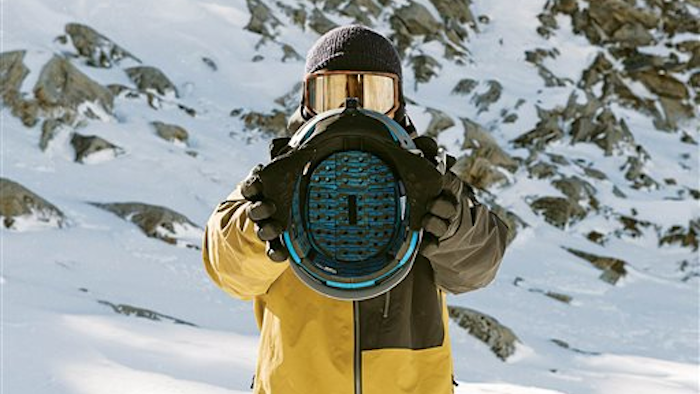 DENVER (AP) -- Look for comfort, convenience and customization next fall when shopping for winter ski and snowboard gear.

Buyers from around North America spent four days checking out products for the 2014-15 season at the annual SnowSports Industries America trade show that ended Sunday. They saw few big surprises, but a lot of continuing innovation. Here are some of highlights:

SKI BOOTS: Look for better fit thanks to more models that allow for complete molding of both the liner and the shell. Salomon's $700 Quest Pro 130 and Atomic's $700 Hawx 2.0 120 can be customized inside and out.

Lange is now offering three widths at every performance level. The company is also expanding its ski/hike lever into more of its boots.

BOARDS: You'll be able to rock your ride on Burton's new $520 Winter 15 Easy Livin Snowboard with guitar graphics. It's the result of a collaboration between professional snowboarder Danny Davis and Martin guitars.

Burton has also taken its channel mounting system to all its boards, allowing for more versatility in placement of the feet.

Meanwhile, Ramp, which prides itself on its flexible technology for adapting board shape, is offering custom graphics on its boards (and skis) for a $300 premium.

And since the retro revolution continues, the Snurfer, what many considered the first snowboard when it was created nearly 50 years ago, is back in production. Vew-Do, which bought the rights, has two models selling for $120 and $130.

SKIS: The kids are the winners next season with more options to choose from in the junior ski market. Faction has developed a Candide 1.0JR, ($360) with a 79-millimeter waist for youngsters skiing in the park or piste, while the 4.0JR ($400) is designed for powder with a 100-millimeter waist and tip, as well as a tail rocker.

Blizzard also introduced its Cochise Jr., a $475 free-mountain ski for kids, available in three lengths from 140-160 centimeters and widths varying from 93-97 millimeters.

In grown-up skis, the most noticeable thing is that the skis look, well, grown-up. Most have simple geometric graphics to clearly delineate themselves from boarders and free-riders.

THIS AND THAT: Giro is adding a second line to its Soft Shell Construction helmets. The $150 Discord is intended for all-mountain skiers. Giro says the thick Vinyl Nitrile foam can better withstand low-energy impacts. It's modeled after Riddell football helmets, which are also owned by parent company Easton-Bell Sports.

Thule is starting to make soft-sided carriers for skis and boards, and one bag is designed to carry both. The $250 Round Trip Multi-Snowsport Roller has padded internal compartments. The company is also including key-assists on some of its cargo boxes. It doesn't sound like a big deal, unless you've ever tried to open one while wearing mittens.

DaKine's new backpack is about the ski trip, not the ski day. The Gemini 28L bag ($125) has a lengthy zipper on the main compartment to open the front pouch nearly horizontal. It has padded sleeves for laptop and iPad, pockets for headphones, sunglasses and water bottle — even a security pocket for your passport.