Having conquered automotive manufacturing, the latest industrial robots are about to capture other industrial sectors that, to date, have remained undeveloped. Opportunities are huge. Even in those countries where the application of robotics is at its greatest (Japan, Germany... 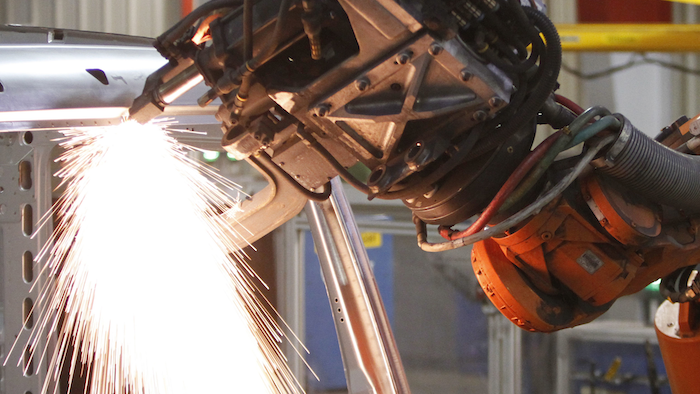 Having conquered automotive manufacturing, the latest industrial robots are about to capture other industrial sectors that, to date, have remained undeveloped. Opportunities are huge. Even in those countries where the application of robotics is at its greatest (Japan, Germany and the USA), the density of robots in the automotive sector is seven times greater than in all other industrial areas.  So says the 2014 World Robot Statistics, by the International Federation of Robotics (IFR).

Robotized automation is flourishing. Average robot technology investments in the automotive sector increased by 22 percent p.a. globally from 2010 - 2013. There is a clear parallel trend for greater deployment of industrial robots in enterprises removed from conventional application fields.

"It’s steadily easier for users to work with industrial robots", says IFR Board Member and CEO KUKA Robotics, Manfred Gundel. "It’s possible through new solutions such as interfaces, control units and software allowing diverse tasks to be automated even by people without any experience in robotics. This opens up new potential applications for medium-sized companies in diverse industries."

One significant driver is the new generation of lightweight robots that enable man and machine to work closely together – with no safety guard between. Initial applications have been realised in the automotive industry. "Industrial robot know-how generated within automotives points towards new technologies allowing enable man and machine to work in teams", says Mathias Wiklund, COO Comau Robotics.

The man-machine partnership will assume a key role in advancing intelligent production visions (Industry 4.0). Here, user-friendly robots are opening up opportunities for automation in differing sectors. The future potential of these robots is emphasized by comparing robotic density across various sectors. For example, the Japanese automotive industry has a record 1,520 industrial robots per 10,000 employees. The equivalent number in all other industries is just 214 units. Germany and the USA show a similar picture.