Navy Debuts Robot That Can Fight Fires Aboard Ships

The Navy has developed a prototype of a man-sized robot to do one of the most dangerous jobs aboard any ship: fighting a fire. The Shipboard Autonomous Firefighting Robot was developed by researchers at Virginia Tech and made its public debut during a Navy science and technology expo in... 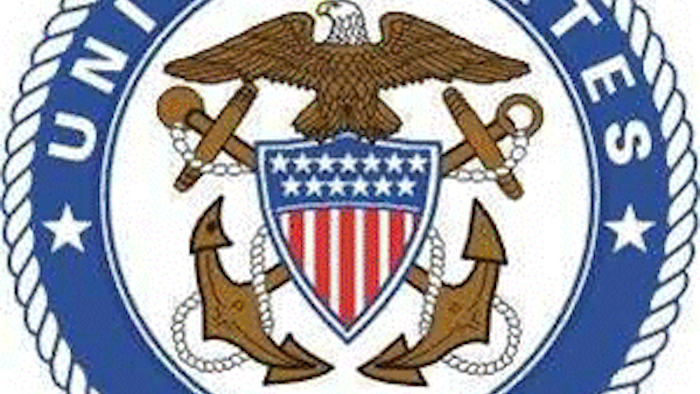 The Navy has developed a prototype of a man-sized robot to do one of the most dangerous jobs aboard a ship: Fighting a fire.

Standing 5'10" and weighing in at about 140 pounds, the humanoid robot is capable of walking on an uneven ship floor and seeing through smoke, detecting a heat source and extinguishing a fire with a hose. Shipboard fires that aren't contained quickly can cause extensive damage and threaten the life of crew members as well as the survivability of the ship itself. Having a robot as part of a firefighting crew would allow sailors to come in behind the two-legged humanoid after it's already detected where the fire is coming from and started spraying it with water.

"In the civilian world, if the fire's too intense the fireman can decide just to let it go. On the ship you don't have that option. You've got to fight it," said Thomas McKenna, the Office of Naval Research's program manager for human-robot interaction and cognitive neuroscience.

The Navy estimates that it's at least five years away from getting the technology to a point where it's ready for procurement, but completing a series of tests aboard a ship in Mobile, Alabama in November was a significant milestone, McKenna said.

A video shot by the Navy aboard the former USS Shadwell — a decommissioned landing ship — shows the battery powered robot walking with a hose that it held in one of its mechanical arms and extinguishing a fire.

Virginia Tech students who developed the robot over the past four years are seen guiding it from computers, but they're already working on an upgraded version of the robot that would operate independently as part of a Defense Department competition to develop robots for natural disaster responses that are too dangerous for people.

Fighting a fire aboard a ship with a robot presents a unique set of challenges. That's because it has to be able to go up and down steep ladders and step through some passageway doors that are elevated so they can be sealed off from water, making a wheeled robot less desirable.

At Virginia Tech, which has done work for the military developing robotic jellyfish among other things, the school already had experience with legged machines because it had developed soccer playing robots.

"Walking on two legs is really, really challenging," said Coleman Knabe, a Virginia Tech graduate student from Yorktown who had worked on a team developing the robot for four years.

Aside from its maneuverability aboard a ship, using a humanoid has other advantages. It can wear the same type of fire protection suits that human firefighters wear and no special tools need to be created for it to do its job. Ideally, it will be able to use drills or other equipment sailors already have available.

"Once you see the robots in action you realize, oh wait, this isn't science fiction. These things actually can have some utility," said John Seminatore, a Virginia Tech graduate student project leader from Irvington, New York.

Ultimately, the Navy wants a more advanced version of the robot to patrol ships and look for corrosion, pools of water and overheated equipment and respond to them, McKenna said.

"Our vision is that the humanoids would be a roving watch that are walking around the ship, doing inspections, looking for things that are out of the ordinary," he said.