A Look At The Plans For Undersea Robotic Industrial Plants

Subsea oil and gas deposits off the coast of Brazil exist in a world of extremes. They are locked more than four miles beneath the ocean’s surface, the same distance as 16 Empire State Buildings stacked on top of each other. Layers of near freezing water, salt and rock squeeze them with pressure equal to six really... 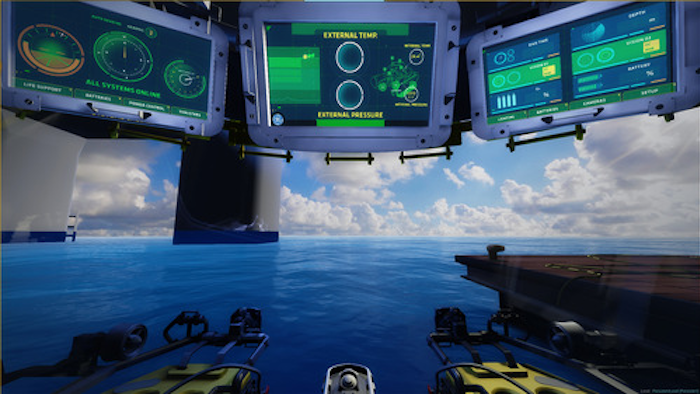 Subsea oil and gas deposits off the coast of Brazil exist in a world of extremes. They are locked more than four miles beneath the ocean’s surface, the same distance as 16 Empire State Buildings stacked on top of each other. Layers of near freezing water, salt and rock squeeze them with pressure equal to six really big dinosaurs balanced on a single chair.

This unwelcoming world has long been off limits to humans, save the few brave souls who explore the watery depths in custom-built submarines. But that’s changing. Energy companies are planning to place entire industrial plants processing oil and gas on the seabed. These subsea robotic factories, serviced by remotely operated vehicles, could one day replace manned floating platforms, which are quite expensive to operate.

In November, when GE opened its new research center in Rio de Janeiro in Brazil, anyone who came in got a chance to see what a subsea factory looks like from the comfort and safety of an armchair.

Researchers at the center will be working on deep sea technologies, and GE teamed up with virtual reality company Oculus Rift to design an immersive 3D virtual reality tour of one such installation.

The Oculus Rift headset looks like a pair of ski goggles with a really thick lens. When users put it on, they were whisked away into the pilot’s seat of the virtual Nautilus 1 submersible vessel. The submarine took them more then a mile beneath the surface of the ocean, above the oil deposits.

The subsea factory is a concept that might be difficult to grasp even for seasoned mariners, but the headset made it easy to understand. Users could watch an undersea rover working as it connected a deepwater Christmas tree - an assembly of valves and fittings attached to the seafloor that controls oil and gas flowing out of the Earth - to a manifold that directs the petroleum up to a floating platform above.

“The Oculus Rift experience provided an opportunity for us to take viewers into otherworldly territory that we wouldn’t normally be able to visit,” said Katrina Craigwell, GE’s head of global digital programming. “Traveling a mile down to the bottom of the ocean off the coast of Brazil, the experience highlights the extreme environment that subsea technology must withstand, and a vision for how a subsea factory will work in the future.”