With $25.8 million grant, Microsoft Philanthropies joins forces with Markle to enable American workers to connect with businesses facing a shortage of skilled labor in an era marked by technology disruption. 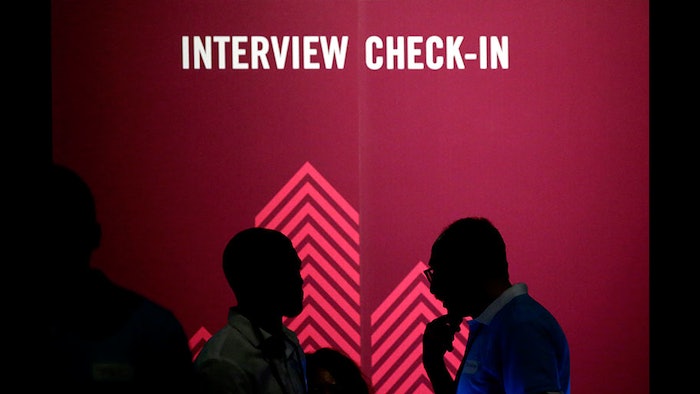 NEW YORK and REDMOND, WA — The Markle Foundation and Microsoft Corp. announced a three-year partnership to expand Markle’s Skillful initiative, a data-driven approach to connecting American workers and businesses in a rapidly evolving labor market. While advances in technology have helped the economy overall, some American workers are being displaced. Jobs in growing sectors increasingly require new skills earned through a post-secondary degree, certificate or credentialing program. Particularly vulnerable are the nearly seven out of 10 Americans who have transferable skills, but not a four-year college degree.

In response, Microsoft’s corporate giving arm Microsoft Philanthropies is making a significant investment to expand Skillful, which was launched in Colorado in 2016. Skillful brings together key players across the labor market — employers, state and federal governments, LinkedIn, educators, and workforce centers — to help American workers adapt to the changing workplace. Skillful’s coaches and online services enable job seekers to learn what skills are in demand, and access professional training at any stage of their career. At the same time, Skillful aligns employers and educators so that their training programs teach the skills required to succeed in today’s digital economy.

Starting by expanding throughout Colorado and then moving to additional states, the partnership aims to create a skills-based labor market model that can be replicated across the U.S. to help millions of Americans overcome barriers to obtaining better-paying jobs. In addition to its $25.8 million investment, Microsoft Philanthropies brings to the partnership decades of experience in providing digital skills training for individuals, as well as learning tools for coaches, educators and employers.

“Millions of Americans don’t have the information, tools or skills needed to succeed in the digital economy. We urgently need to transform the labor market so everyone can compete with equal dignity for today’s jobs,” said Zoë Baird, CEO and president of the Markle Foundation. “We are living in a time of economic change as sweeping as the Industrial Revolution, and this innovative partnership with Microsoft will help jobseekers and employers rise to this profound challenge.”

“There are 7.3 million fewer jobs in the United States today for people with a high school degree or less than there were in 1989. At the same time, 6 million jobs in our country go unfilled due in large part to a shortage of skilled workers. This mismatch is leaving workers on the sidelines and employers without the talent they need to run their operations,” said Brad Smith, president of Microsoft. “Skillful is building an entire ecosystem to close this gap, helping Americans find and train for better-paying jobs, while connecting employers with the talent they need to thrive in the digital economy.”

In Colorado, Skillful is already leveraging data and technology tools such as LinkedIn’s Training Finder to help workers find training and support to prepare them for growth jobs in their community.

“Skillful has helped jobseekers in Colorado develop the skills they need to succeed in an increasingly tech-driven workplace and helped employers connect with these talented job seekers,” said Colorado Governor John Hickenlooper. “Microsoft’s investment will bring these benefits to even more workers and companies across the state. Together, we can provide opportunity for income growth and career satisfaction for every Coloradan. I look forward to seeing Skillful serve as a model for the rest of the country.”

“Today, you can’t read, listen or watch the news without coming across a story about how technology is displacing jobs. And while there has been a lot of debate about whether or not skills gaps exist, the fact remains there were a record number of open jobs in the United States in April,” said LinkedIn Co-Founder and Vice President of Product Management Allen Blue. “That’s why the work Skillful is doing is so critical — it applies insights, technology and boots on the ground to help people learn the skills they need to qualify for jobs employers are having a hard time filling. Our work in Colorado is proof that while technology is displacing jobs, it’s also helping us upskill people and get them back to work.”

More about the benefits of a skills-based labor market in creating opportunities for millions of Americans can be learned by watching Microsoft’s and Markle’s joint video.