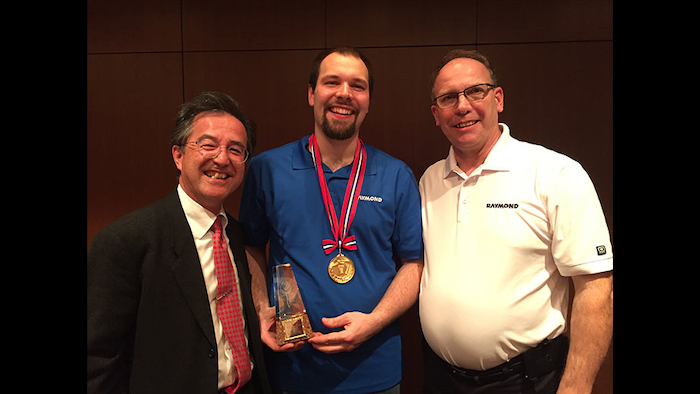 GREENE, NY — The Raymond Corporation was represented by Raymond welder Mark Hartwig at the inaugural Toyota Material Handling Group (TMHG) Skills Competition in Takahama, Japan, on March 16. To showcase their skill sets, participants had to weld a steel pressure vessel performing tack welding, semi-automatic welding and finishing of the surface. Hartwig placed first in the competition among seven other competitors across TMHG facilities in the United States, Italy, Sweden, France and China.

“Participating in the Toyota Skills Competition has been an opportunity of a lifetime,” Hartwig said. “I’m so honored that I could be a part of one of the Toyota Material Handling Group’s first welding competitions and compete with the best of the best.” 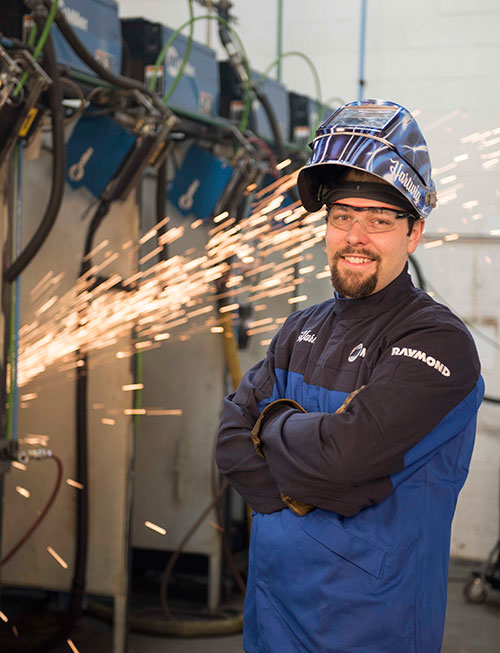 “Toyota holds the Skills Competition to know and understand where our company’s welding skills are and to promote higher skills learning in the Toyota Material Handling Group. Mark’s work was beautiful and could withstand the water pressure test, which showcased Raymond’s excellent forklift welding quality,” said Hisanori Miyajima, manufacturing general manager, Toyota Industries Co. “We would like to congratulate and thank not only Mark but also his supporting members at Raymond. We believe this win came from good preparation and teamwork through pre-competition activities.”