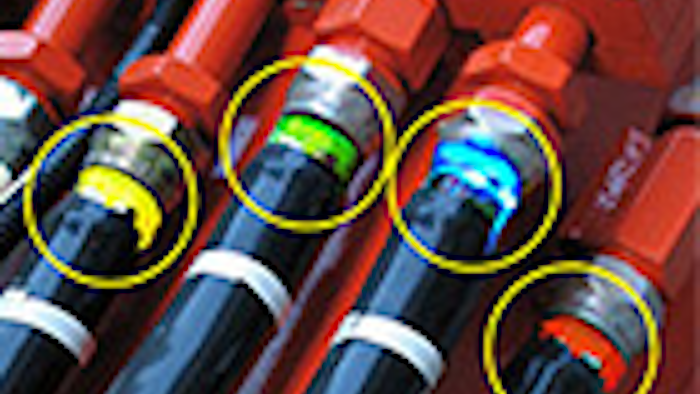 Spectronics Corporation has introduced a full line of Spectroline® fluorescent leak detection dyes specially formulated for oil-based industrial fluid systems. The dyes are available in a choice of seven distinct colors to help differentiate between leaking fluid systems, especially those leaks where portions of the hoses are hidden from view. OIL-GLO™ 22, OIL-GLO™ 30, OIL-GLO™ 33, OIL-GLO™ 40, OIL-GLO™ 44, OIL-GLO™ 45, and OIL-GLO™ 50 dyes glow yellow, white, green, bright blue, yellow/green, blue, and red, respectively. OIL-GLO dyes work with any host fluid and will not damage the fluid’s properties or the system’s components, says the company. The dyes can remain safely in the system for periodic re-checks until the oil is changed as part of a preventive maintenance program.