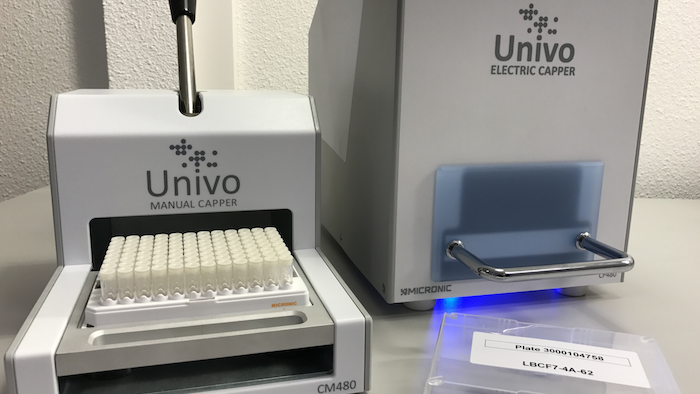 Nasrin Perskvist, National Coordinator and Director of the Clinical Cytology Biobank, commented “As of 2013, we have a national reach. Fourteen of the twenty county councils have now implemented the Clinical Cytology Biobank at their laboratories. This means that throughout Sweden, more than 90% of the liquid-based cytological cell samples are processed for biobanking. The total number of cell samples stored within this common platform is more than 1.3 million.” She added, “To safeguard and track our valuable samples, we carefully evaluated different sample storage suppliers and selected Micronic 0.75ml 2D coded tubes together with 1D barcoded storage racks, split TPE push caps and the Univo Manual/Electric Capper.” Mrs Perskvist continued, “We chose Micronic because of their compatibility with liquid handling robotics, validated ultra-low binding tube properties, highly satisfying split push cap sealing performance, and the assured traceability that their laser etched 1D barcoded rack and 2D coded tubes provide.”

Micronic 0.75ml sample storage tubes are manufactured from medical grade, ultra-low binding polypropylene, in a certified Class 7 cleanroom environment ensuring they exhibit absolute product consistency, near zero contaminants and are RNase/DNase free. The tubes resist many organic solvents (DMSO, methanol, dichloromethane), may be autoclaved, withstand gamma rays used for sterilization and can be repeatedly freeze-thawed. A unique 2D code non-detachable laser etched onto the bottom of each tube provides an easy and unambiguous means of storing and identifying samples. The split TPE push caps can be pierced multiple times with a robotic tip without losing sealing performance. 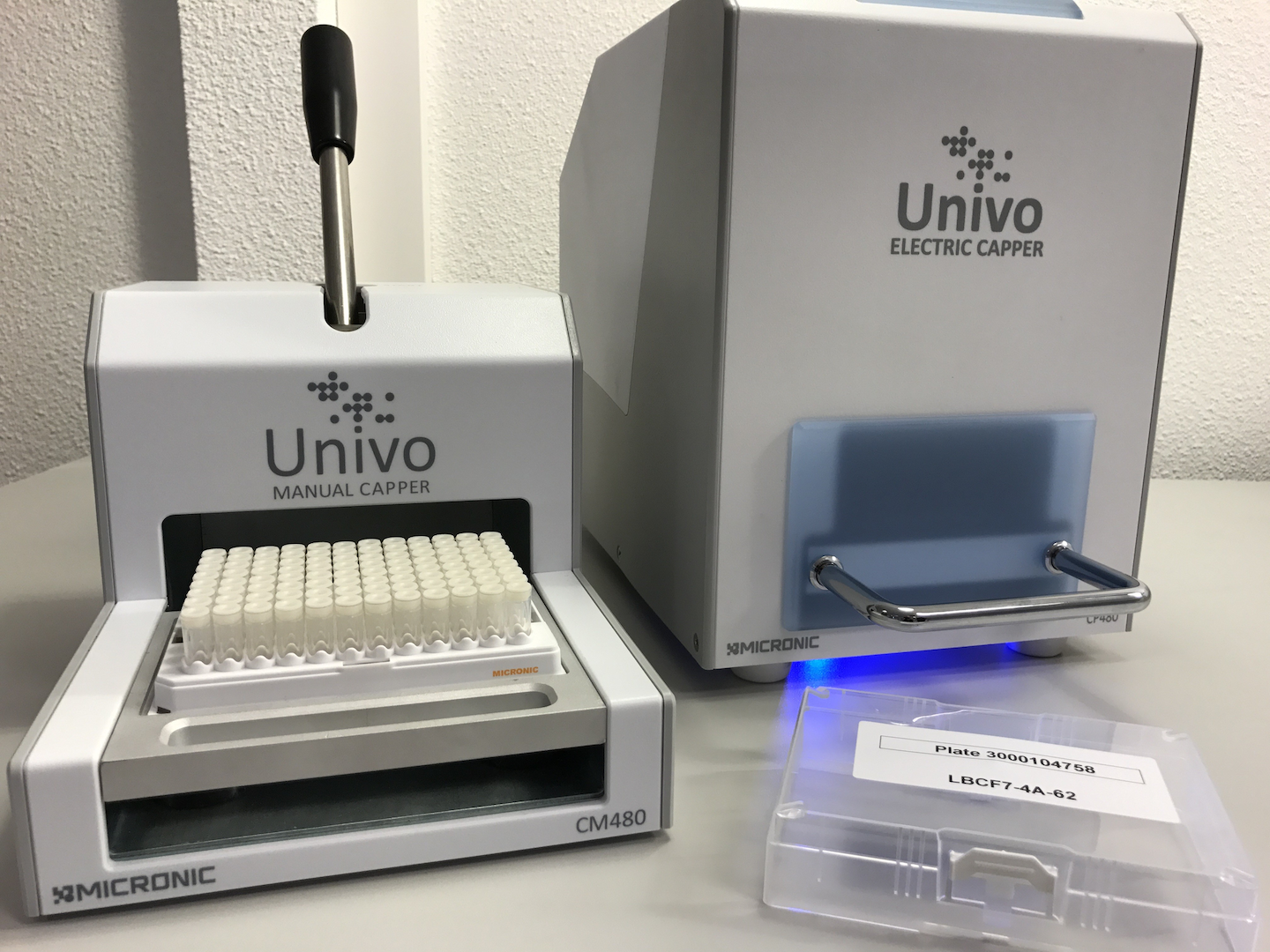