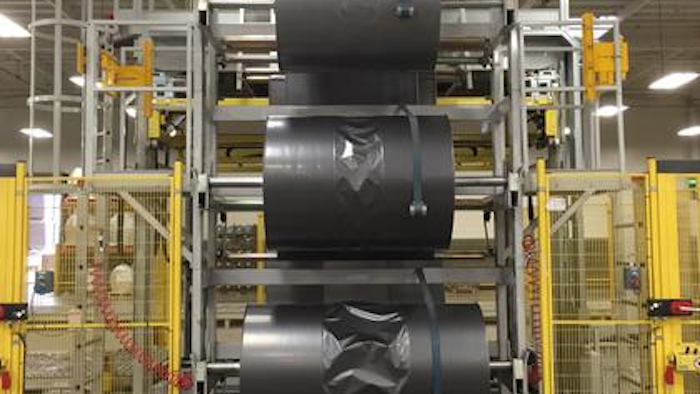 Lachenmeier, part of SIG and a leading manufacturer of stretch hood equipment and film, receives United States Patent 8,936,152 for its Xeros™ condensation control film.  Xeros™ is ideal for protecting loads from outdoor elements while preventing condensation from forming inside the bag. The patent protects the multi-layer film technology used to manufacture Xeros™.

The combination of proprietary features effectively manages sunlight and creates an impermeable barrier to liquids.  Aside from eliminating condensation and unwanted elements from entering the bag, the technology also maintains barcode readability and prevents tears or punctures as bags are stretched over the load.

“The market was challenged with moisture problems when keeping stretch hooded loads outdoors for extensive periods of time.  There were also concerns about what was growing inside as a result of condensation build up,” says Jack Shirrell, V.P. Film Technology, Lachenmeier. “We tried many ideas before stumbling upon the unique combination of ingredients that solved the problem without creating new issues—and Xeros™ was born.”

“We’ve had great success with this product line over several years - it has become a tried and true method for securing and protecting loads,” says Shirrell. “We are delighted to have received the first (U.S.) patent to protect our Xeros™ technology.”

For general information about Lachenmeier contact directly via email: sales-americas@lachenmeier.com, or by phone: 1-877-859-7205.