Officials say the billionaire-owned conglomerate refused to contribute to a government bailout plan. 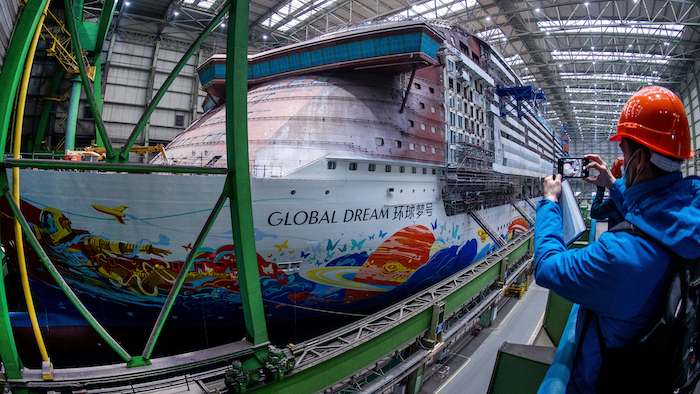 BERLIN (AP) — Germany is blaming the collapse of a shipyard business on its Malaysia-based owner Genting Group, saying the conglomerate refused to contribute to a government bailout plan.

The MV Werften shipyard in northeastern Germany, which Genting bought in 2016, filed for bankruptcy protection Monday after getting into financial difficulties over the construction of a massive cruise liner.

The German government had earlier said it was willing to discuss a 600 million-euro ($678 million) bailout plan that would protect 1,900 jobs.

But German officials made clear that they wanted Genting, which is majority-owned by Malaysian billionaire Lim Kok Thay, to contribute at least 10% to the rescue effort.

“The German government did everything to prevent the insolvency of MV Werften and thereby save jobs,” Economy Minister Robert Habeck told German news agency dpa. “However, the owners rejected our offer of help; the bankruptcy application is the result.”

Habeck called it “bitter news” for those employees in the economically depressed state of Mecklenburg-Western Pomerania.

Dpa quoted him saying that the federal and state governments would continue to discuss the shipyard's future in the coming weeks.

Genting Hong Kong, part of Genting Group and the shipyard's immediate owner, has struggled with the effects of the coronavirus pandemic on its shipping businesses.

The company's financial woes also triggered the insolvency application Monday of another shipyard it owns in Germany, Lloyd-Werft in Bremerhaven.