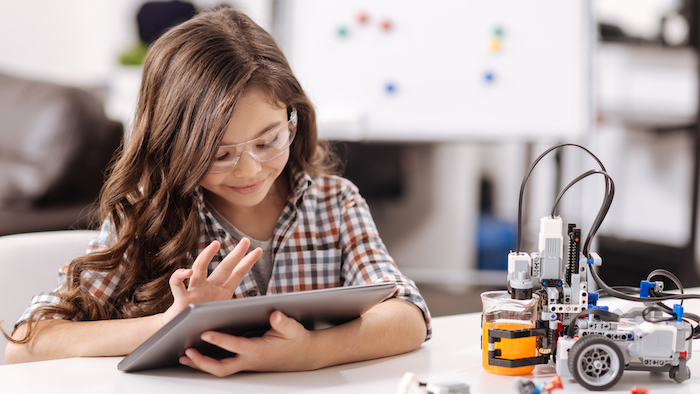 Three 9-year-old girls are huddled around a Caesar wheel, an ancient tool for sharing secret messages.

Cracking a code is one of many challenges the girls complete to help characters in CryptoComics escape a mysterious cyberworld into which they’ve been drawn. 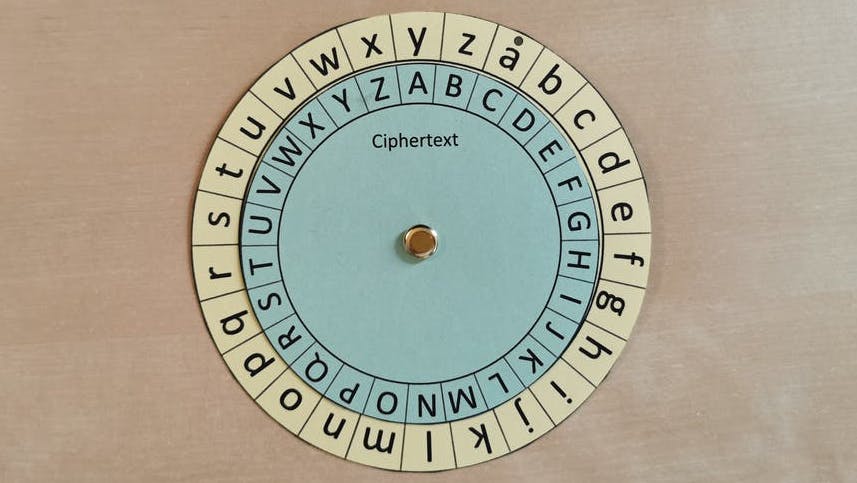 Students crack a secret message using this Caesar wheel as part of a challenge.CryptoComics, CC BY

CryptoComics is a curriculum designed to teach elementary school children – particularly girls of color – about cybersecurity – the practice of keeping digital information safe – and related careers. It also teaches about cryptology – the science of making and breaking codes. The girls partake in this program as part of their after-school activities in Atlanta. 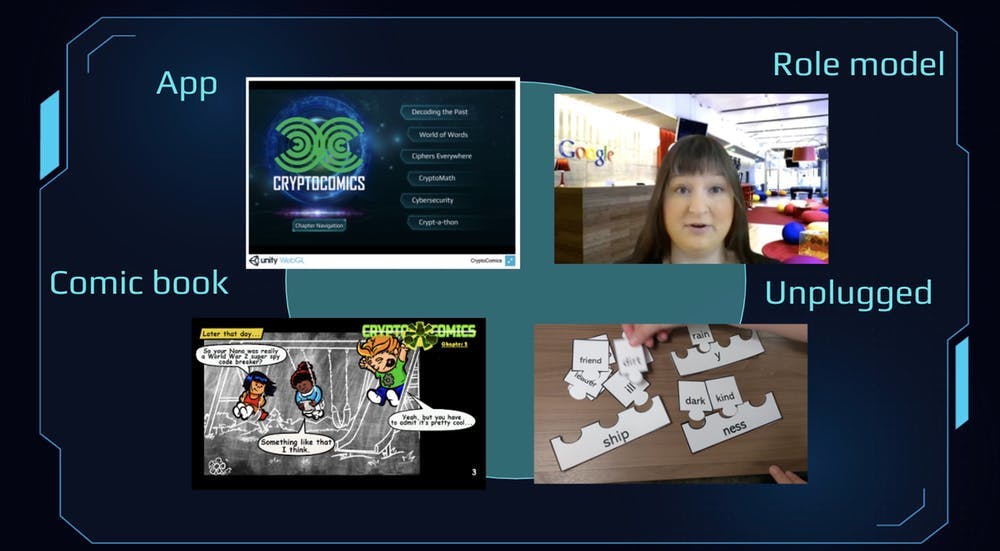 Teachers can go over important lesson plans with students.CryptoComics, CC BY

Led by a team of educators and researchers, CryptoComics strategically integrates a digital comic book, apps and unplugged activities, such as painting rocks with ancient symbols and making invisible ink. It also features stories about cybersecurity professionals who are women. CryptoComics is freely available on cryptocomics.org.

We are both researchers in educational technology and STEM education. We are examining how the program – which we both helped develop – increases awareness about careers in cybsecurity.

The overall objective of the program is to spark girls’ interest in careers in cybersecurity. While it will take years to determine whether the program has the desired effect, early research shows that participants come out knowing about more potential jobs in cybersecurity than they did before.

Kids who’ve participated in the program have told researchers they “liked those jobs introduced in CryptoComics because they keep us safe from hackers.” They also liked that “you get to work on a team to figure out codes and break them.”

Cybersecurity touches just about everyone in some way or another – from adults in the workplace and banking to schoolchildren. For instance, cybercriminals have been launching cyberattacks against U.S. schools at a record pace – as many as two per school day in 2020. Hackers also target individuals who use public Wi-Fi.

Cybersecurity professionals will likely be in demand for the foreseeable future. The federal government projects 33% growth in jobs in cybersecurity and related fields over the next decade or so. Yet women are highly underrepresented in the profession, making up only 11% of information security analysts.

Part of the reason is that young girls often don’t see themselves going into a field like computer science. But research shows that the attitudes elementary school children have toward STEM careers like cybersecurity can be changed. CryptoComics was designed to bring cybersecurity learning and career awareness to third to fifth grade girls through an engaging after-school curriculum. 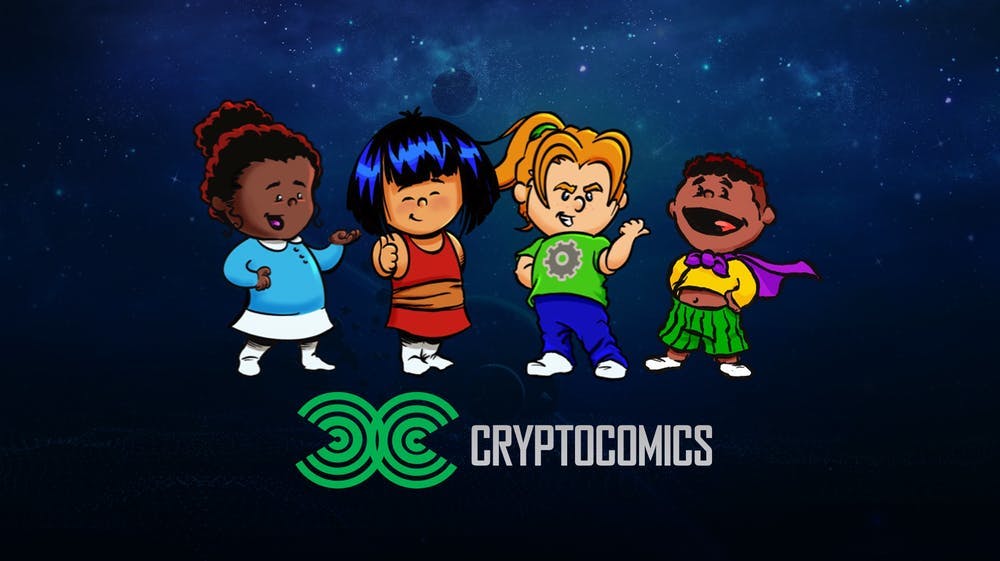 Akila, Bai, Carly and Jabari must solve a series of puzzles from the cyberworld.CryptoComics, CC BY

The comic book, designed by media artist D.A. Jackson, begins when three friends – Akila, Carly and Bai – find a West African souvenir box belonging to Akila’s grandma. Akila takes a picture of the box with her tablet. Suddenly, she and her friends are sucked into a mysterious cyberworld.

As Akila narrates the story, students follow the girls and her little brother, Jabari, who communicates with the girls through the tablet. They crack codes and ciphers and solve puzzles. They also learn the history of cryptology and basics of cybersecurity to help the girls escape the cyberworld.

The six chapters of the comic book progress from basic information about codes and symbols to current cybersecurity practices such as creating safe passwords. Children explore important historical developments in cryptology approaches and technologies like the Navajo Code Talkers and the WAVES program. The Navajo Code Talkers were U.S. Marines of Navajo descent who used their native language to send secret messages over radio waves during WWII. WAVES – Women Accepted for Voluntarily Emergency Service – was a division of the U.S. Navy in which female cryptologists worked during WWII.

Children also use a variety of ciphers and codes to encrypt and decrypt information. This helps the comic book characters during their cyberadventure. Activities are grounded in symbols from different cultures such as a scytale from Greece, pictograms from West African and Native American culture and Freemason Pigpen ciphers. 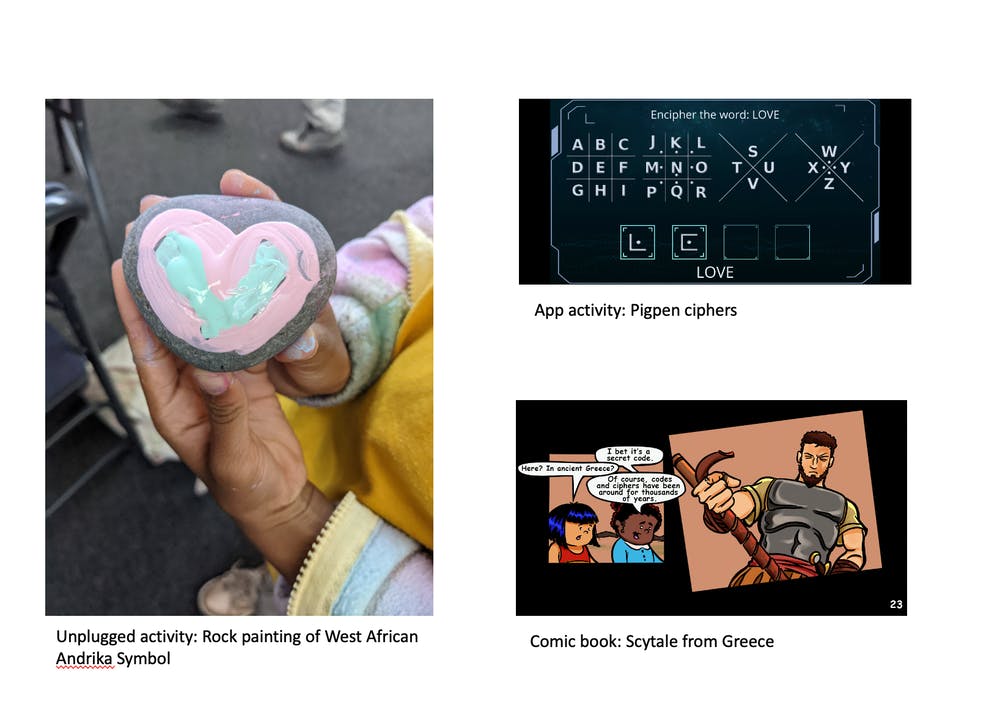 Symbols and codes from different cultures hold important information for the main characters to use.CryptoComics, CC BY

The curriculum culminates with games and simulations in which the children learn about cybersecurity. They learn to defend their device against the person who hacked Akila’s tablet. They learn about safe password practices and how to protect themselves from brute force password cracking – that is, using a program or guesswork to try every possible password combination; phishing scams that use fake emails to get people to click on malicious links; and social engineering attacks.

For example, the comic book characters learn about social engineering when they go back in time to the British Government Code and Cypher School – now known as GCHQ. This is where they meet a WAVES servicewoman named Dorothy who turns out to be Akila’s grandma. They also meet Alan Turing, a real-life WWII cryptoanalyst.

Dorothy, Alan and the comic book characters work to crack a briefcase password using a letter found on a spy. Meanwhile, students participating in the curriculum work to crack the code via a simulation. Students learn that social engineering is a process hackers use to figure out passwords based on personal information such as a birth dates or names of family members. 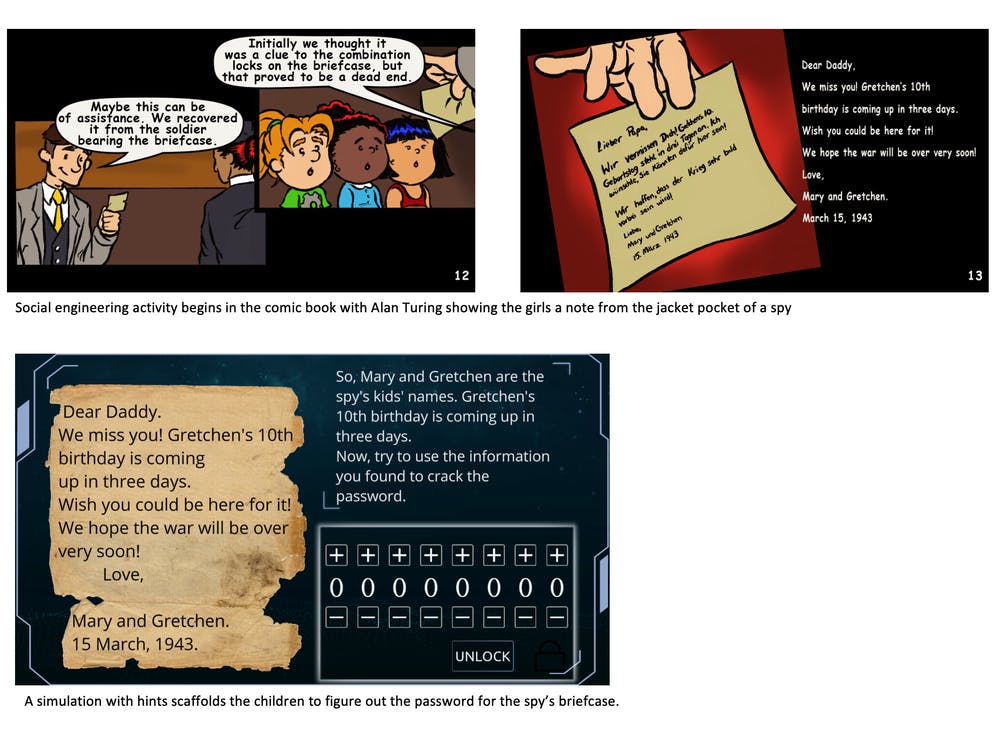 Social engineering tactics are a gateway for hackers to get private information.CryptoComics, CC BY

Over 200 elementary school-age students – 73% girls – from diverse backgrounds in 16 after-school programs across the Southeastern U.S. have participated in CryptoComics. Preliminary research, which we oversaw, has found that children enjoy the curriculum, learn how to encrypt and decrypt information in different ways and demonstrate awareness of cybersecurity professions. They also transfer knowledge and skills gained in CryptoComics to real-life experiences.

Teachers we have spoken with also say the curriculum “can be a game changer” for participating girls. The teachers report that students “quickly retained” concepts such as enciphering and deciphering – making and breaking different kinds of messages and codes.

Some students struggled with reading the comic book. They said they wanted audio support but they didn’t want a monotone computer voice. Instead, they wanted the audio “to act like the characters.” As a result, we recruited local voice actors to narrate the comic book.

The narration can be used by students who struggle with reading or who simply prefer listening to stories. Teachers confirmed that “the narrated version of the actual comic book itself has helped tremendously.” It has made the curriculum more accessible for struggling readers.

This article is republished from The Conversation under a Creative Commons license. Read the original article here: https://theconversation.com/comic-book-introduces-kids-to-key-concepts-and-careers-in-cybersecurity-171163.