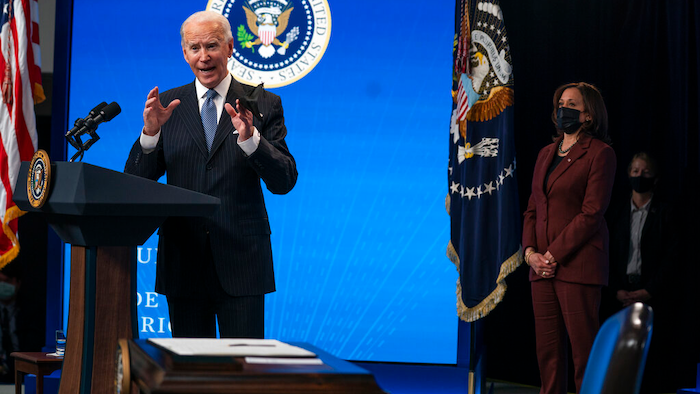 Both panels are independent agencies, but members are appointed by the president and confirmed by the Senate.

Hanson replaces Kristine Svinicki, who left the agency on Inauguration Day after nearly 13 years, including the last four as chair.

Glick replaces James Danly, who had led the five-member panel since November. Danly remains a member of the commission.

Hanson said in a statement that he was honored to serve as NRC chairman, adding: "I remain committed to ensuring that we continue to work collaboratively under our authorities established by Congress to assure the public adequate protection of health and safety in carrying out our regulatory responsibilities.”

Glick said he was honored to lead FERC “at this critical moment in time” and said he looked forward to continuing to work "with fellow commissioners and the exemplary FERC staff to pursue the commission’s important statutory missions.”

Hanson has served on the NRC since June and is a former staff member for the Senate Appropriations Committee, where he oversaw civilian and national security nuclear programs. He also has served as a senior adviser in the Energy Department’s Office of Nuclear Energy and other department roles in the Obama administration.

Glick joined FERC in 2017 after serving as general counsel for Democrats on the Senate Energy and Natural Resources Committee. Prior to that, he led the Washington office of Iberdrola, a Spanish electric utility that operates renewable energy and natural gas storage businesses in the United States. He also served as a senior policy adviser to former Energy Secretary Bill Richardson and aide to former Sen. Dale Bumpers, D-Ark.