PolyMet wants to build the first of what could eventually be several copper-nickel mines in the state. 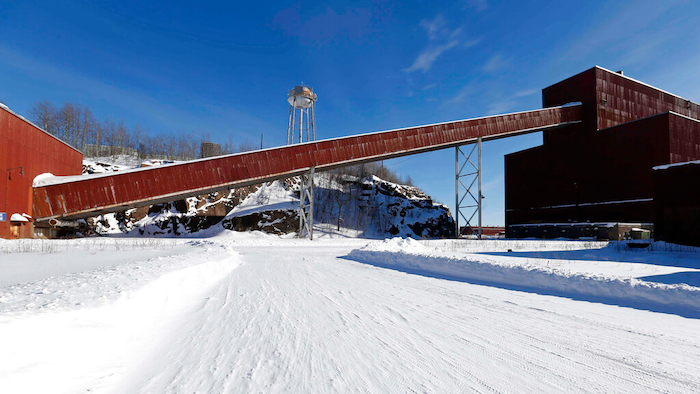 MINNEAPOLIS (AP) — Lawyers for the proposed PolyMet copper-nickel mine and state regulators urged the Minnesota Supreme Court on Tuesday to defer to the judgment of the state Department of Natural Resources and reinstate three critical permits for the project.

Attorneys for the DNR and PolyMet argued that the agency acted within its authority when it decided, after years of public environmental review and permitting proceedings, that there was no need to hold an additional trial-like proceeding known as a contested case hearing. They said state statues gave the agency's commissioner discretion to decide whether the hearing would have aided in his decision on whether to grant a permit to mine and two dam safety permits for the project.

“After taking a hard look at the salient issues, the commissioner issued a reasoned decision, supported by substantial evidence," that the hearing wasn't necessary, said Jon Katchen, an attorney for the DNR. “... The disputed issues have been exhaustively scrutinized for years.”

The Minnesota Court of Appeals rejected similar arguments in January and sent the case back to the DNR with an order to hold a contested case hearing. The adversarial proceeding would be held before a neutral administrative law judge. All sides would get the chance to present evidence, call and cross-examine expert witnesses, and make rebuttals.

PolyMet wants to build the first of what could eventually be several copper-nickel mines in Minnesota. The mine's open pit would be near the Iron Range town of Babbitt with the processing plant a few miles away near Hoyt Lakes. The company, whose largest shareholder is the Swiss commodities giant Glencore, says the mine would create hundreds of jobs while producing metals that the U.S. economy needs. But opponents say the mine's wastewater could require treatment for hundreds of years, and that the design for the dam that would hold back the waste pond is unsafe.

Lawyers for environmental groups seeking the contested case hearing argued that the Court of Appeals interpreted state statutes correctly when it determined that the DNR must hold the separate proceeding.

Paula Maccabee, an attorney for WaterLegacy, told the justices that the record of similar mines across the globe is marred by acid mine drainage, toxic metals pollution, catastrophic dam failures and taxpayers getting stuck for the cleanup costs.

“We need to get this right," she said. "The Court of Appeals got it right in reversing PolyMet's permits.”

Ann Cohen, an attorney for the Minnesota Center for Environmental Advocacy and other groups opposed to the mine, said a contested case hearing would give the sides a chance to present new information to inform the DNR's ultimate decision.

“People will bring all the evidence they have to that hearing," she said. "A coherent, robust and organized record will be created by the ALJ, and then the agency will have to look at that record in its entirety and make a decision.”

Another issue in the case is whether the DNR should have imposed a fixed period for the permit to mine. Katchen said that was deliberate to ensure it could always hold PolyMet responsible for cleanup costs.

The justices did not say when they would rule.