NASA officials stress that the leak remains small and poses no danger. 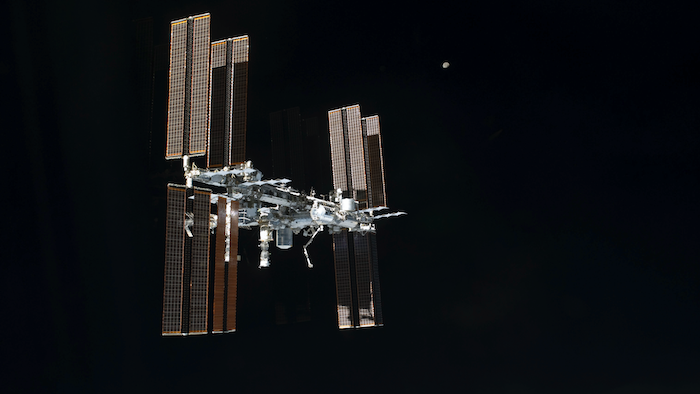 The International Space Station as seen from the space shuttle Atlantis, July 19, 2011.
NASA via AP

CAPE CANAVERAL, Fla. (AP) — A small air leak at the International Space Station finally has been traced to the Russian side, following a middle-of-the-night search by astronauts.

NASA said Tuesday that the two Russians and one American on board were awakened late Monday to hurriedly seal hatches between compartments and search for the ongoing leak, which appeared to be getting worse. It was the third time in just over a month that the crew had to isolate themselves on the Russian side, in an attempt to find the growing leak.

It turns out instead of the leak getting bigger this time, a temporary temperature change caused the erroneous cabin air pressure reading, according to NASA. The leak was first spotted a year ago.

NASA officials stress that the leak remains small and poses no danger. The astronauts will now use leak detectors to try to pinpoint the leak in Russia’s main living and working compartment, called Zvezda, Russian for Star.

Space station deputy program manager Kenny Todd said the good news is that “instead of a bunch of haystacks, we're down to maybe one haystack." But he added: “It's still a needle we're looking for.”

NASA is sending up extra air supply tanks on its next space station delivery, scheduled for a Thursday departure from Virginia. As long as the leak does not worsen, Todd said, the space station should be fine through next spring.

In two weeks, two Russians and an American are scheduled to arrive at the space station, followed by crew of three Americans and a Japanese on SpaceX's second launch of astronauts, now targeted for Oct. 31.

During a news conference Tuesday from Houston, NASA astronaut Mike Hopkins, the commander, announced that the SpaceX capsule would be called Resilience — to reflect how the world is coping with this year's challenges.