Two ships — one carrying gasoline and the other loaded with gravel — collided in the Yellow Sea. 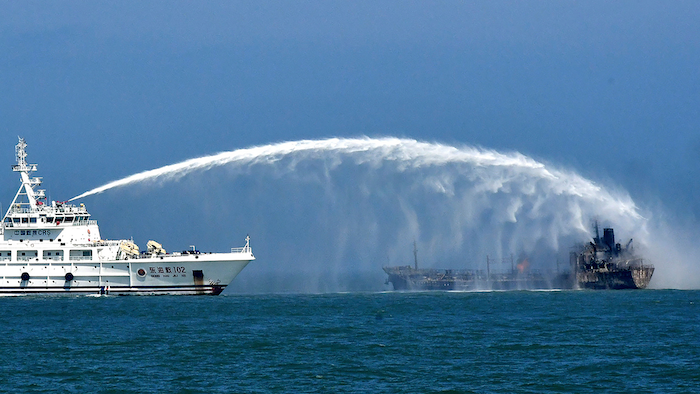 A rescue vessel tries to put out fire emerging from an oil tanker.
Associated Press

Three other crew members were rescued from the water after Thursday's pre-dawn collision between a vessel carrying 3,000 tons of gasoline and another loaded with gravel, according to the Shanghai Maritime Safety Administration.

The collision occurred outside the mouth of the Yangtze River, a busy shipping lane.

As of Friday morning, “no missing persons have been found,” the maritime agency said on its social media account.

The agency released a video showing fire crews dousing the smoldering tanker with water on Friday. The agency said the gravel carrier sank.

Specialized cleaning vessels were on the scene to contain possible fuel leaks but none were found, the agency said.