Carbon neutral certification for Fat Tire is another step in New Belgium’s sustainability goal to become fully carbon neutral by 2030. 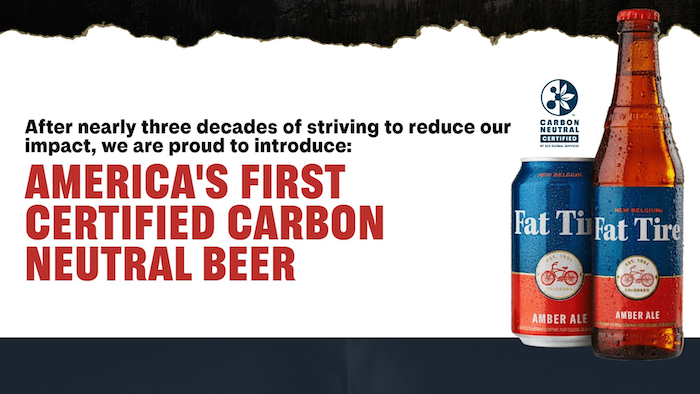 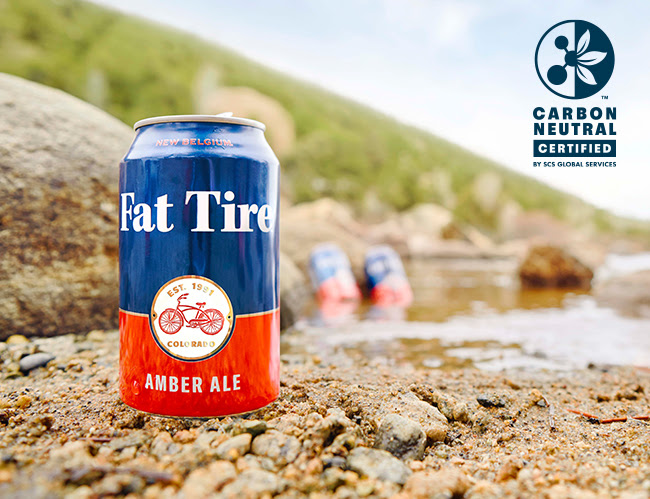 Carbon neutral certification for Fat Tire is another step forward in New Belgium’s larger corporate sustainability goal to become fully carbon neutral by 2030 across its entire operations, and points to the types of innovations and changes the company has been undertaking. For example, to minimize its carbon footprint, New Belgium has made a deep commitment to renewable energy, powering the brewery with wind power and producing electricity with solar and biogas technology. It also developed the first carbon footprint study for beer, and has donated millions of dollars to climate and environmental causes.

To drive home the urgency of addressing climate change to its customers and elected decision-makers, New Belgium, in partnership with key like-minded retailers, raised the price for Fat Tire six-packs to $100 during International Beer Day. This dramatic, one-day climate action emphasized how disruptions to agriculture caused by climate change are likely to affect the price of beer and other agricultural goods unless concerted efforts to stabilize the climate are taken now.

“We call upon Congress to address the looming climate crisis as part of the country’s COVID-19 economic response plans,” said New Belgium Brewing CEO Steve Fechheimer. “SCS’ certification of Fat Tire under the PAS 2060 standard reinforces our alignment with businesses around the globe who are working to build a low carbon economy and ensure a sustainable future for all.”

“Given that beer is the number one alcoholic beverage of choice in the US, this certification and New Belgium’s International Beer Day initiative could be instrumental in helping to educate Americans about the importance of supporting strong climate action,” added Jonas.