Federal antitrust regulators say the merger would end up costing consumers some skin. 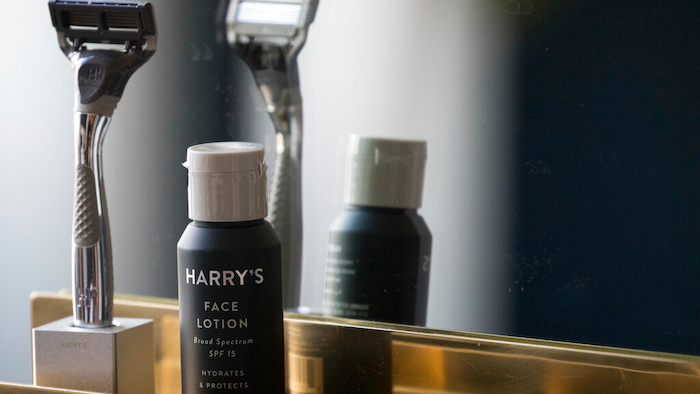 In this June 15, 2018 photo, the Winston razor and Harry's face lotion are on display at the headquarters of Harry's Inc., in New York. (AP Photo/Mary Altaffer, File)
Associated Press

The Federal Trade Commission on Monday sued to block Edgewell Personal Care Co.'s $1.37 billion acquisition of Harry's, which was supposed to be finalized this year. The FTC argues that bringing two major shaving brands together would hurt competition.

Edgewell's Schick is the No. 2 razor maker in the U.S., behind Gillette. Both brands were forced to slash prices and overhaul their marketing strategies in recent years response to the rise of Harry's and rival Dollar Shave Club, which both started as direct-to-consumer digital brands.

“The loss of Harry’s as an independent competitor would remove a critical disruptive rival that has driven down prices and spurred innovation in an industry that was previously dominated by two main suppliers, one of whom is the acquirer,” the FTC said .

New York-based Harry's, which has expanded to sell its products at Target and Walmart, had hoped to capitalize on Edgewell's large distribution channels and Schick's blade technology. Edgewell, which has struggled to turn around Schick's slumping sales, had hoped to leverage Harry's direct-to-consumer marketing base and digital savvy.

Harry's co-founders Jeff Raider and Andy Katz-Mayfield said Monday they were disappointed by the lawsuit and would evaluate their next steps.

“We believe strongly that the combined company will deliver exceptional brands and products at a great value,” Raider and Katz-Mayfield said in a joint statement.

Edgewell CEO Rod Little said his company would respond to the lawsuit “in due course.”

Raider and Katz-Mayfield, who are poised to become co-presidents of Edgewell's U.S. operations under the deal, have said Harry's would remain a distinct brand after the merger, including sticking with its competitive pricing.

But the acquisition had raised questions among Wall Street analysts about how two competing shaving brands would exist under the same parent company without harming each other.

Unilever bought Dollar Shave Club for $1 billion in 2016. Unlike Edgewell, however, Unilever did not previously have a major shaving brand. In 20 18, Gillette owner Procter & Gamble Co. bought Tristan Walker, owner of the Bevel, a shaving and skin care brand aimed at African-American men. Bevel, however, makes a double-edged safety razor that is a niche in the shaving industry.