Britain has begun testing driverless cars in four cities, launching the first official trials ahead of a series of planned rule reviews to accommodate the new technology. 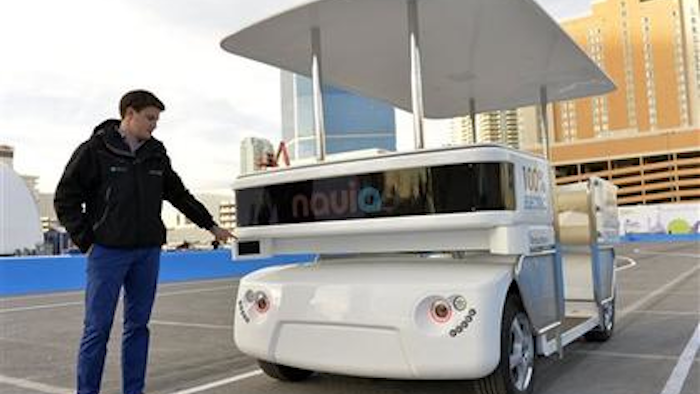 LONDON (AP) — Britain has begun testing driverless cars in four cities, launching the first official trials ahead of a series of planned rule reviews to accommodate the new technology.
Transport Minister Claire Perry says the project was "still in the early days" but said the new technology can be "a real game-changer."
Britain has ambitions to lead development in driverless cars, which are also being tested in U.S. cities by companies including Google. The British government is spending 19 million pounds (US$29 million) on four trial centers around the country.
Four types of autonomous vehicles under trial, including a shuttle that looks like a larger golf cart, were unveiled in London Wednesday.
The government plans to publish guidelines for companies to test the cars in "real-life scenarios" on roads by summer.
Latest